A quick glance at Sierra Wireless (NASDAQ:SWIR) stock shows it has climbed a mere 4% since the beginning of last year. But the Internet of Things pure play had a much more eventful 2016 than its modest gains might indicate. And though the company made some undeniably great moves last year, Sierra Wireless still took investors on a veritable roller coaster ride thanks to disappointing results from one key segment: OEM (original equipment manufacturer) solutions. 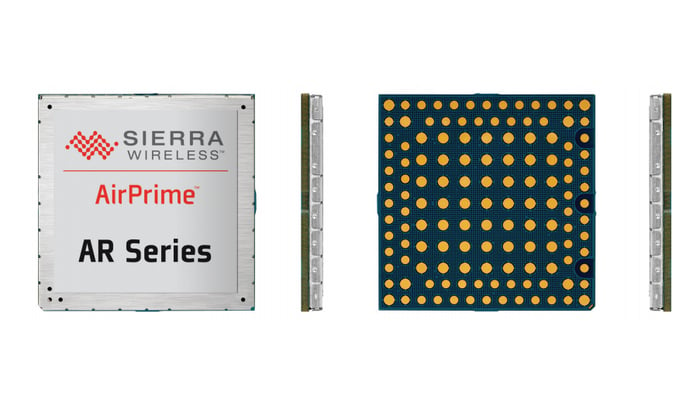 In fact, Sierra Wireless' OEM solutions segment began to see trouble before 2016 even started; when the company released its painful fourth-quarter 2015 report in early February, CEO Jason Cohenour blamed softer-than-expected demand within OEM solutions due to "caution on the part of [select OEM customers] in the face of an uncertain macro-economic environment."

This wouldn't be much of a concern if OEM solutions was a small slice of Sierra Wireless' total. But revenue from the segment that quarter fell 6.2% year over year, to $121.5 million, or nearly 84% of Sierra Wireless' consolidated sales. So it's no surprise the market was unwilling to take the news in stride despite management's insistence that its weakness would only be temporary.

Sierra Wireless stock still staged an impressive rebound, however, to trade up more than 21% for the year through early June, helped by a "slightly" better-than-expected first-quarter report in May, but again despite OEM solutions revenue falling 9.1% year over year, to $120.9 million.

So what was different? According to Cohenour at the time, the company expected to "gain strength over the course of the year as new customer programs move into production and we introduce new leading-edge IoT products and solutions."

The good times wouldn't last long. Though signs of improvement began to surface as promised when Sierra Wireless released another strong quarterly report in August, which were punctuated by strong revenue contributions from newer OEM programs, shares plunged as management took a cautious view with guidance due to -- you guessed it -- "signs of softer short term demand and tighter inventory management with some established OEM customers and programs."

That said, Sierra Wireless most recently ended 2016 on a high note, with shares popping 15% on the heels of its third-quarter report in early November. Revenue for the quarter fell slightly on a year-over-year basis, to $153.6 million, including a more modest 2.2% decline from OEM solutions to $127.8 million due to the expected softness from established customers. And revenue from Sierra Wireless' smaller enterprise solutions and cloud and connectivity services segments simultaneously climbed 6.8%, to $18.9 million, and 10.7%, to $6.9 million, respectively, offering investors an encouraging supplemental source of growth as they patiently watch OEM solutions' continued improvement.

Better yet, Sierra Wireless anticipates returning to year-over-year growth in the fourth quarter. Sierra Wireless CFO Dave McLennan later explained that expectation is based on a combination of contributions from acquisitions, continued improvement in enterprise solutions, as well as "overall stable demand from established OEM customers [and] continued growth from new OEM customer programs."

Investors will need to wait until Sierra Wireless reports fourth-quarter 2016 results next month for more color on its impending return to growth. But in the meantime, given its consistent role in holding back the company's overall results last year, it seems safe to say Sierra Wireless' OEM solutions business was easily its most disappointing segment in 2016.