Please ensure Javascript is enabled for purposes of website accessibility
Log In Help Join The Motley Fool
Free Article Join Over 1 Million Premium Members And Get More In-Depth Stock Guidance and Research
By Matthew DiLallo - Updated May 29, 2018 at 3:22PM

Because every drop of gasoline costs money, each drop counts. Here's a look at what we pump each year and how to cut that number down.

Spending time at the pump filling up the gas tank is a task I will bet few Americans enjoy. Even if you use a full-service station and fill up from the comfort of your car, no one likes seeing dollars literally go down the drain as gas goes into the tank. We put a lot of it in our tanks each year, with American drivers on average using 656 gallons per person. While your mileage may vary, it is important to understand how much gasoline you use and what you can do to lighten up, which is not only good for the wallet and the environment but can cut down on the number of times you need to fill up.

According to the U.S. Energy Information Administration (EIA), Americans consumed 140.43 billion gallons of gasoline in 2015, or about 384.74 million gallons each day. That is down from the all-time high of 390 million gallons per day set in 2007. While final data is not yet available for 2016, the EIA's latest forecast put motor gasoline consumption 1.1% ahead of last year, which would have been just short of a new record high. That said, with projected increases of 0.5% this year and 0.9% next year, it is likely that American drivers will shatter the record for gasoline consumption. 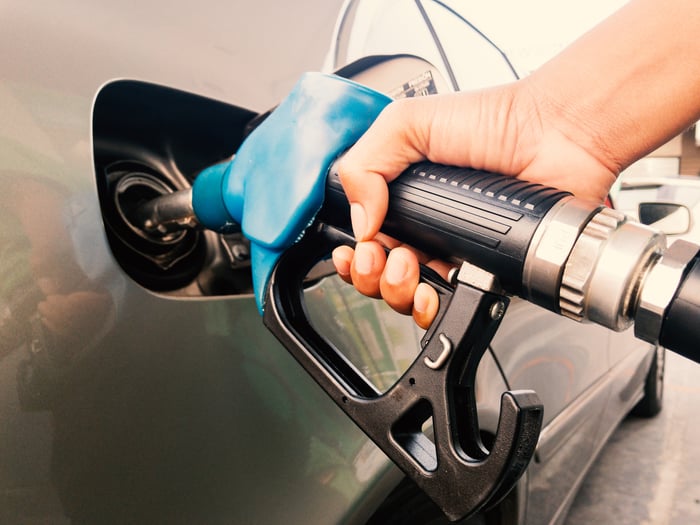 Driving that increase in consumption is the fact that Americans are traveling more these days thanks to employment growth and lower gas prices. On average, highway travel was expected to increase 2.6% last year, with forecasts for 1.2% growth in 2017 and 1.6% next year. Offsetting the travel increase is the continued improvement in vehicle fleet fuel economy, which is why gasoline demand has not kept pace with highway travel growth.

Another fuel of consumption growth is the fact that there are more drivers on the road than ever before. According to the latest data from Statista, there were 214 million licensed drivers in the U.S. in 2014, which is up from 210 million in 2010. When we divide 2015's consumption of 140.43 billion gallons across those roughly 214 million licensed drivers, it adds up to 656 gallons per driver. At an average price of $2.15 per gallon last year, the average American forked about $1,400 just to fill up their tank. 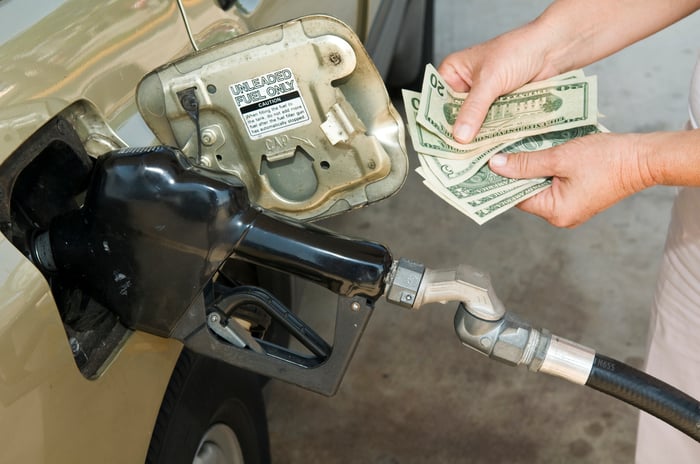 Why you might want to start cutting down your consumption

While $1,400 is a lot of money to drop at the pump, it is actually more than $1,000 below what the average American spent on gasoline in 2014. Plunging oil prices over the past two years drove most of that decrease. However, higher oil prices in 2017 could start chipping away at the savings and bring more pain at the pump. According to the EIA's latest forecast, gasoline prices should average $2.38 per gallon this year, spiking to a high of $2.50 by June before cooling off with the weather. Those prices would push the gasoline tab for the average American driver up to more than $1,560 in 2017, or 11% higher than the previous year, assuming no increase in miles driven. This forecast also assumes that crude prices do not start running wild again, which is always a possibility if demand rises faster than expected or if there's a significant supply disruption.

There are several ways you can avoid the potential sticker stock from rising prices at the pump. The first is to make sure your car undergoes routine maintenance so it can run at its optimal fuel economy. For example, failure to replace a clogged air filter could reduce fuel efficiency by up to 20%, while underinflated tires can cut fuel economy by 3% to 5%. Another step is to be more conscious of how you drive because things like speeding, driving with the windows down at high rates of speed, and constant braking can hurt gas mileage. Further, removing unnecessary weight (i.e., cleaning out the trunk) and using cruise control on the highway can cut down on gasoline consumption. Oh, and make sure to tighten the gas cap after refilling because, according to the Car Care Council, an estimated 147 million gallons of gas are lost to evaporation each year. That is more than $316 million disappearing into thin air, or about a dollar for every man, women, or child in this country. 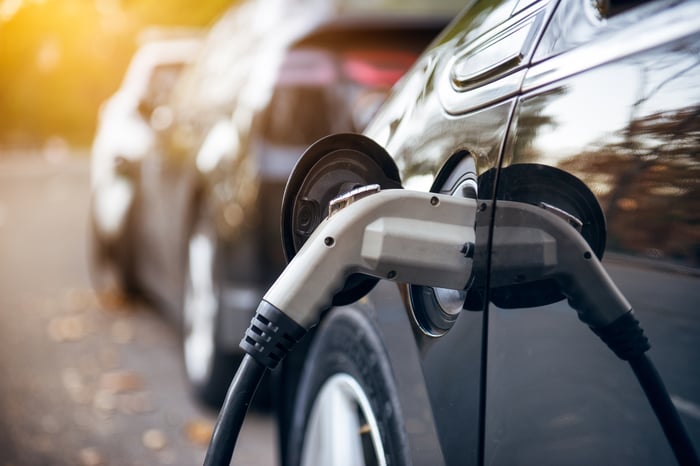 You can also choose to drive less. For example, walk, bike, or carpool when possible and group errands together in an efficient route to avoid quick trips to the grocery store for one item. Meanwhile, those with a long commute to work should see if they can telecommute a couple of days a week, or look for a job closer to home or a home closer to the job.

Finally, consider buying a more fuel-efficient vehicle. Is a V-8 really the best option for a long daily commute from the suburbs to downtown? Depending on the fuel-economy difference, buying a fuel-efficient car can significantly reduce your gasoline usage. Alternatively, think about greener options such as a hybrid or an electric vehicle (EV). According to Consumer Reports, buyers can recoup the higher cost of most hybrids versus a conventional counterpart in less than eight years even at today's low gas prices. Meanwhile, dealer incentives on hybrids and the federal electric-car tax credit on EVs can push prices even closer to comparable economy cars.

With gas prices expected to rise in the years ahead, it makes sense to work on whittling down your gasoline consumption. It will help to avoid some of the incoming pain at the pump while reducing the number of fill-ups. That will give you more time and money for the important things in life.