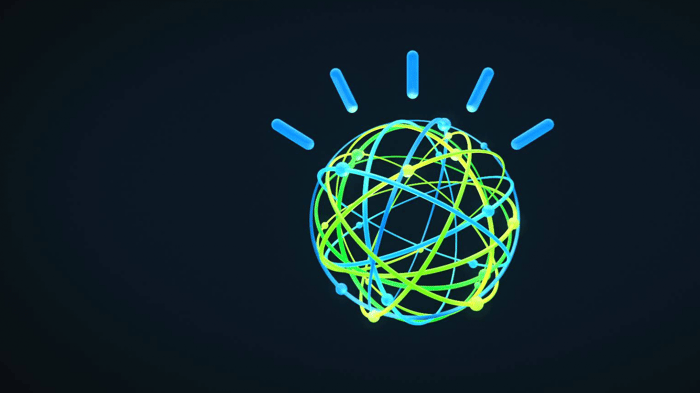 After three years of slumping profits, International Business Machines (NYSE:IBM) expects to return to earnings growth in 2017. The tech giant reported its fourth-quarter results on Jan. 19, beating analyst estimates on all fronts and surpassing its goal of producing at least $13.50 in adjusted per-share earnings for 2016.

IBM expects to produce at least $13.80 in adjusted EPS in 2017, a small but important increase. The company's strategic imperatives, which accounted for 41% of revenue during 2016, will soon make up the majority of IBM's sales. The heavy investments that IBM has made in areas like cloud computing and artificial intelligence, while knocking down profits over the past few years, are beginning to pay off. IBM's transformation is still far from over, but an important milestone has been reached.

Where IBM is growing

Much of this as-a-service revenue comes from software. IBM has been shifting its software business to a subscription-based model, which is one reason the software business has suffered declines in the past couple of years. IBM has now posted three consecutive quarters of year-over-year software growth, with software as a service more than offsetting declines in legacy transactional software sales. Adjusted for currency, software revenue increased in 2016.

Analytics revenue surged 9% in 2016 to $19.5 billion; mobile revenue jumped 35% to $4.1 billion; and security revenue rose 14% to $2 billion. Declines in other businesses once again led to an overall revenue decline, with 2016 revenue slumping 2%. IBM didn't provide revenue guidance for 2017, but with earnings expected to grow, revenue could potentially return to growth as well.

IBM CEO Ginni Rometty summed up an important year for the company:

In 2016, our strategic imperatives grew to represent more than 40 percent of our total revenue and we have established ourselves as the industry's leading cognitive solutions and cloud platform company. IBM Watson is the world's leading AI platform for business, and emerging solutions such as IBM Blockchain are enabling new levels of trust in transactions of every kind. More and more clients are choosing the IBM Cloud because of its differentiated capabilities, which are helping to transform industries, such as financial services, airlines and retail.

Returning to earnings growth is an important step for IBM, but the company's results make it clear that the transformation is still a work in progress. During the fourth quarter, both gross margin and pre-tax operating margin declined on a year-over-year basis in three of the four reportable segments. These declines were offset by an increase in IP and custom development income, as well as a lower tax rate.

The increase in IP revenue is part of IBM's strategy to better monetize its portfolio of intellectual property. CFO Martin Schroeter explained during the company's conference call that high-value technologies that are mature and no longer a priority investment area for IBM are being licensed, generating additional revenue and extending the lifetime of the technologies.

This new income stream is helping to offset slumping profitability in the rest of the business, so investors are right to question how reliable it will be. Schroeter pointed to a pipeline of deals in 2017, so presumably IP income will continue to grow. If IP income turns out to be the main driver of IBM's earnings growth in 2017, that would be a legitimate reason for concern about the company's transformation.

IBM did what it needed to do. The company beat its earnings guidance for 2016 and predicted that earnings would rise in 2017. The cloud business is still growing fast, and the strategic imperatives are accounting for a greater portion of revenue each quarter. Challenges and risks remain, but it looks like Big Blue is finally turning the corner.