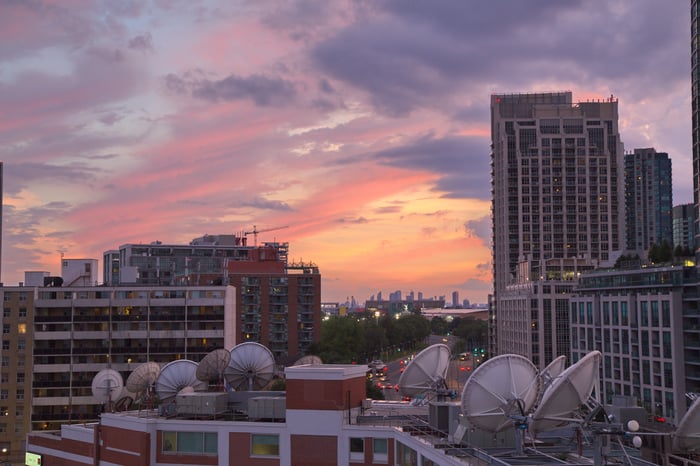 Rogers Communications (NYSE:RCI) ended 2016 on a high note, delivering a double-digit increase in adjusted earnings thanks to steady wireless growth. The fine finish to the year enabled Rogers to achieve all of its key guidance expectations. Further, it positioned the company for even stronger growth in 2017.

We ended 2016 with continued momentum and strong operating performance in the fourth quarter. We maintained robust Wireless revenue growth, underpinned by strong subscriber metrics, and translated this to healthy adjusted operating profit. Internet results showed sustained strength as Rogers offers customers the fastest widely available Internet speeds in our marketplace. Our momentum to date as well as our commitment to further improve the customer experience, and enhance our execution, position us well to achieve our stronger growth targets for 2017.

One of the things Rogers is doing to enhance the customer experience within its cable division is to bring Comcast's (NASDAQ:CMCSA) X1 IPTV service to its customers by early next year after signing a long-term agreement with the cable and media giant. Rogers chose Comcast's solution over an internally developed product, resulting in the writedown of its $484 million investment.

However, Rogers is not the first cable company to choose Comcast's technology; rival Shaw Communications (NYSE:SJR) recently launched a Comcast-based product in Canada called BlueSky TV. That's noteworthy because Shaw Communications was Rogers' partner on the recently discontinued Shomi streaming service in Canada. For Rogers, the decision to partner with Comcast comes down to the superiority of the product, which it hopes will improve its customer experience and stop the steady stream of cord-cutting within its cable division.

Rogers sees its successes from last year carrying over and driving even better results in 2017, with the company expecting the growth rate to accelerate across all of its key financial metrics. Overall, the company sees revenue increasing by 3% to 5%, while adjusted operating profit and free cash flow should both rise by 2% to 4% in 2017.