Please ensure Javascript is enabled for purposes of website accessibility
Log In Help Join The Motley Fool
Free Article Join Over 1 Million Premium Members And Get More In-Depth Stock Guidance and Research
By Daniel Sparks - Updated Feb 1, 2017 at 9:59AM

After market on closed on Tuesday, tech giant Apple (AAPL 1.89%) put to rest any doubts about the company's ability to post strong holiday results. Shares moved a few percentage points higher immediately after the company released its figures for its Dec. 31-ending first fiscal quarter of 2017. Apple's revenue and earnings exceeded both management's own forecast for the quarter and analysts' consensus estimate. 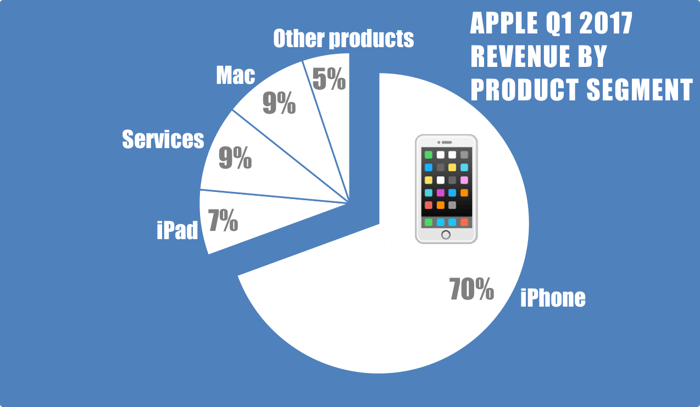