Please ensure Javascript is enabled for purposes of website accessibility
Log In Help Join The Motley Fool
Free Article Join Over 1 Million Premium Members And Get More In-Depth Stock Guidance and Research
By Joe Tenebruso - Feb 6, 2017 at 9:11AM

CFO Craig Safian sees a "vast market opportunity ahead" for the IT consulting company.

Gartner (IT 0.56%) reported fourth-quarter financial results on Feb. 2. The leading provider of research and analysis to the information technology industry delivered solid revenue growth and gave an optimistic outlook for the year ahead. 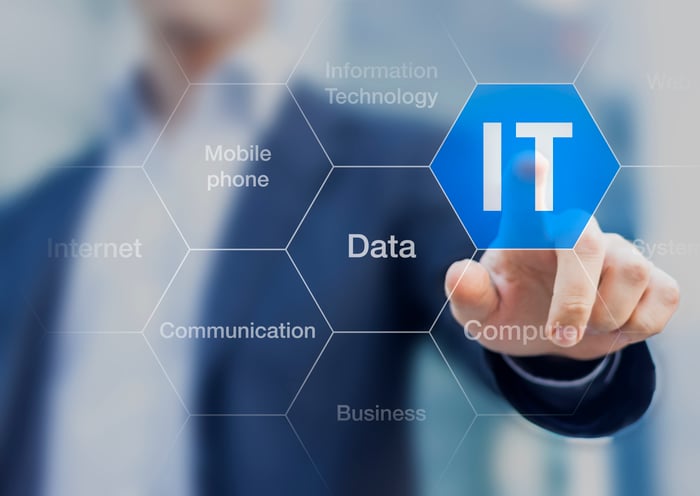 Consulting revenue grew slightly to $88.1 million. Consulting segment gross contribution margin declined to 26% from 30% in the prior-year quarter, and utilization fell to 65% from 67%. Gartner's billable head count for its consultant force at the end of the quarter was 628, which was up from 606 in the year-ago period but down from 630 in the third quarter. Gartner's backlog also decreased, to $103.8 million as of Dec. 31, compared to $117.7 million at the end of 2015.

Additionally, revenue for Gartner's events business rose 1% to $136.3 million, with gross contribution margin declining to 54% from 57% in the year-ago period.

On Jan. 5, Gartner announced that it was acquiring CEB Inc. (CEB), the industry leader in providing best practice and talent management insights, for roughly $2.6 billion in cash and stock. Gartner will also assume CEB's approximately $700 million in net debt, placing the enterprise value of the deal at about $3.3 billion. The transaction is expected to close in the first half of 2017.

In commenting on the deal in Gartner's earnings release, CEO Gene Hall said that the company expects the acquisition to "deliver significant value to our shareholders over both the short and long-term."

Gartner issued a preliminary financial outlook for 2017, including:

"And as our 2017 outlook demonstrates, we expect to continue our trend of double-digit growth with strong cash flow generation," said CFO Craig Safian during a conference call with analysts. "We are in a very strong position to capture the vast market opportunity ahead of us and continue to deliver long-term value for our shareholders."

Why Gartner Stock Jumped 18% in May