Monday wasn't a particularly exciting day on Wall Street. The most-followed stock market benchmarks all lost ground, but they were down less than a quarter percent on the day. Generally positive economic data last week couldn't sustain the market's overall positive sentiment in light of continuing worries about the impact of new executive branch action from the federal government. Moreover, some companies suffered from negative news that made their stocks fall particularly sharply. Among the worst performers on the day were Laboratory Corp. of America (NYSE:LH), comScore (NASDAQ:SCOR), and Atwood Oceanics (NYSE:ATW). Below, we'll look more closely at these stocks to tell you why they did so poorly.

LabCorp looks at making a purchase

Laboratory Corp. of America fell 6% after reports surfaced that the life sciences company might seek to purchase clinical trial specialist Pharmaceutical Product Development. Strategically, a combination between LabCorp and PPD would make a degree of sense, because it would potentially bring a wider array of testing and research services under the umbrella of a single provider. Yet the reported price tag of as high as $8 billion was enough to spook some investors into thinking that a bidder like LabCorp might end up paying too much, and that prospect also earned LabCorp a downgrade from analysts at Baird. LabCorp hasn't confirmed the reports, and it's too early to tell whether the company will end up moving forward, but investors weren't in a mood to wait and see. 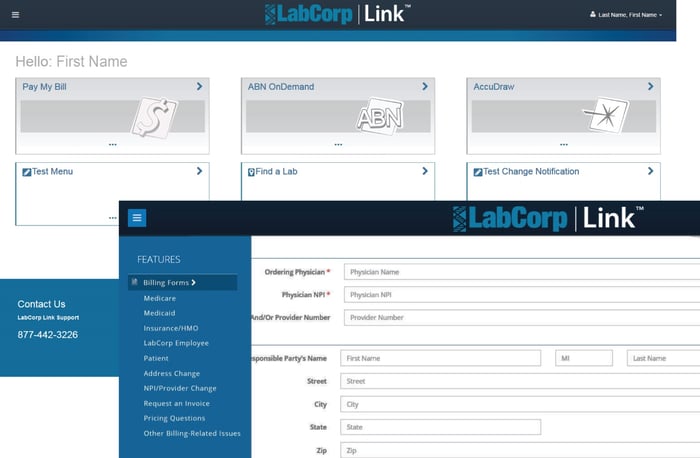 Shares of comScore plunged 28% in the wake of news that it won't be able to meet requirements from the Nasdaq Stock Exchange to report financial reports in a timely manner before a Feb. 23 deadline. Nasdaq has already extended the deadlines in the past, but comScore says that it still has a large amount of work left to do in reviewing its accounting records to restate its financials. The company therefore warned investors that Nasdaq might decide to suspend comScore's stock trading and delist it from the exchange entirely. If that happens, comScore will have to trade on over-the-counter markets, where liquidity and transparency concerns are somewhat heightened compared to Nasdaq-listed companies.

Finally, Atwood Oceanics dropped 14%. The offshore drilling company reported its earnings late Friday, which included a roughly 75% reduction in earnings compared to the year-ago quarter. Moreover, Atwood's guidance for the coming year was lukewarm at best, saying that unless crude oil prices climb further, it doesn't see much chance of capturing any meaningful new business for the rest of the year. With more of its equipment remaining unused under current sluggish industry conditions, Atwood faces the prospect of having to wait until 2018 for a hoped-for full recovery. Investors don't appear to be in a patient mood, but if Atwood can capture more than its fair share of bids on projects that do arise, then shareholders could get rewarded for their persistence.