Please ensure Javascript is enabled for purposes of website accessibility
Free Article Join Over 1 Million Premium Members And Get More In-Depth Stock Guidance and Research
By Beth McKenna - Feb 7, 2017 at 11:09AM

Shares of the Brazilian water utility have bounced back from the "Trump Effect." 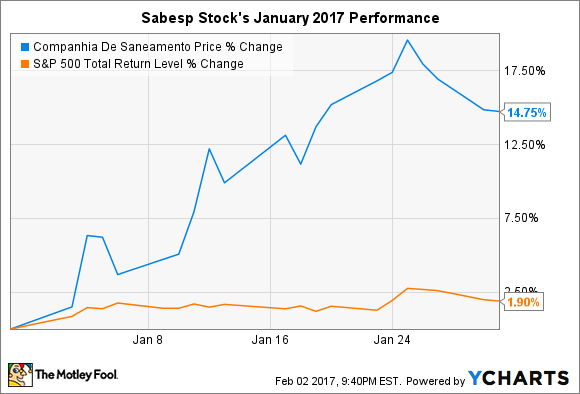 Sabesp stock's January gain wasn't related to the company's business performance. The stock rose because the Brazilian currency, the real, bounced back in value relative to the U.S. dollar to approximately the same level it was at before it plunged after Donald Trump won the U.S. presidential election. 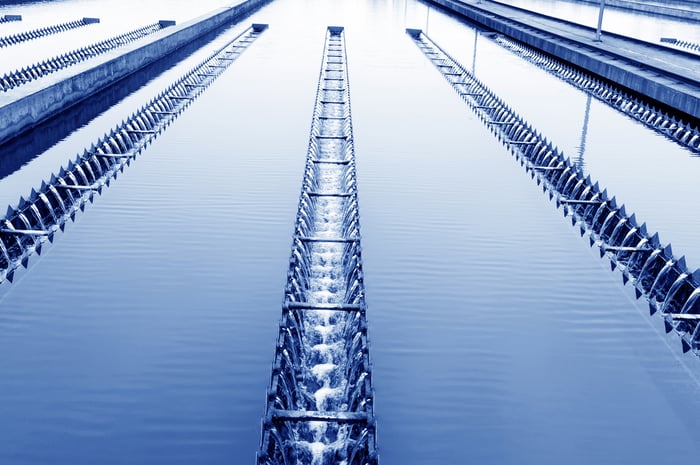 Sabesp's stock got hit hard after Trump's win -- losing 24.6% of its value from Nov. 8 through Dec. 20 -- thanks to the slide in the relative value of the real. This slide was due to fears of what the U.S. trade policy with foreign countries might look like under a Trump administration. Trump's "America First" agenda could include trying to enact more stringent trade barriers with foreign countries.

As of Feb. 2, Sabesp stock is just 2.7% off the price it was at before Trump's victory. As is often the case with the stock and currency markets, initial reactions to events are often overreactions, and then things at least partially bounce back once market participants have time to digest the news.

Investors bullish on Sabesp as a long-term investment should maintain their course, at least for now.

That said, it's wise to keep an eye on what Trump does on the trade policy front. A significant decline in the value of the Brazilian real relative to the U.S. dollar would negatively impact Sabesp's earnings. That's because it would increase the company's interest expenses since close to half of its total debt outstanding at the end of the most recent quarter was denominated in either U.S. dollars or Japanese yen.