Arcam's results were better than the headline numbers reflect. The company incurred nonrecurring costs of 44.8 million Swedish krona in the quarter, which were fully responsible for turning operating income negative. Moreover, it faced tough comparables, as it had a strong year in 2015.

Shares of Arcam have soared 117% in the one-year period through Feb. 13. The bulk of this gain came in September after General Electric (NYSE:GE) announced its intention to acquire Arcam. While the industrial giant came up short on the complete takeover, it owns 76.1% of Arcam's shares, giving it a controlling stake.

Excluding the nonrecurring costs mentioned above, operating income is 15.7 million SEK, representing growth of 12.1% over the year-ago period. These costs carry through to negatively impact net income and earnings per share (EPS).

Of the total revenue, 128.7 million SEK -- or nearly 62% -- was generated from the parent company, down from 139.7 million SEK in the fourth quarter of 2015.  The remaining revenue was generated by the company's two subsidiaries: Connecticut-based orthopedic implant contract manufacturer DiSanto and Canada-based metal powder producer AP&C. 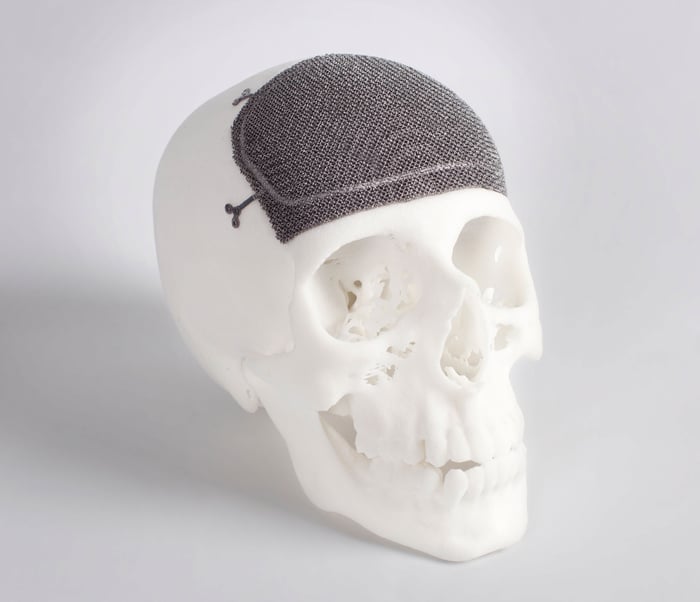 What happened with Arcam in the quarter?

What happened with Arcam in the year?

Given General Electric's deep pockets and influence in the industrial realm, its acquisition of a controlling stake in Arcam should provide a tailwind for Arcam's growth going forward. However, the bidding process had a negative impact on Arcam's operations in the second half of 2016, since it consumed top management time, according to CEO Magnus Rene's statement in the press release.

Moreover, Rene noted that EBM customers have been taking a "somewhat cautious position," and that Arcam is finding that "it takes longer to close new orders."

A decent year for a challenging market

Arcam's year-over-year revenue jumped 18.2% in the quarter and 12.5% in 2016. This is good growth for a pure-play 3D printing company in the current environment, which continues to be characterized by a slowdown in demand for 3D printers by industrial customers and a lengthening of sales cycles.

Importantly, demand for Arcam's EBM systems remains solid. Granted, investors would prefer an increase, but the absence of a decrease in the current environment is a positive.