Please ensure Javascript is enabled for purposes of website accessibility
Log In Help Join The Motley Fool
Free Article Join Over 1 Million Premium Members And Get More In-Depth Stock Guidance and Research
By Reuben Gregg Brewer - Feb 18, 2017 at 9:06AM

Freeport-McMoRan and Rio Tinto have stakes in this giant Indonesian gold and copper mine complex... and what a headache that's been lately!

Grasberg sounds like a bucolic little town with picket fences and tire swings nestled into the great heartland of America. Nope, it's a giant gold and copper mine complex in Indonesia. And if you're an investor interested in the precious metals or industrial metals industries, you'll want to know a lot more about the Grasberg mine. It's a top global producer, has 24 years to run if current production trends hold, and it's so troubled that Rio Tinto plc (RIO 2.37%) is thinking about walking away from its partnership there with Freeport-McMoRan Inc (FCX -1.12%).

The really important story, however, is all about size. By Freeport-McMoRan's estimates Grasberg holds 25.8 million ounces of gold and 26.9 billion pounds of copper... The means that Grasberg has the largest gold reserves in the world and the third largest copper reserves. To add some perspective, Northern Dynasty Minerals Ltd (NAK 0.00%), which is trying to develop the giant Pebble project in Alaska, notes that Pebble's gold reserves are equal to 1.9% of the gold ever produced in the world. Grasberg is bigger! 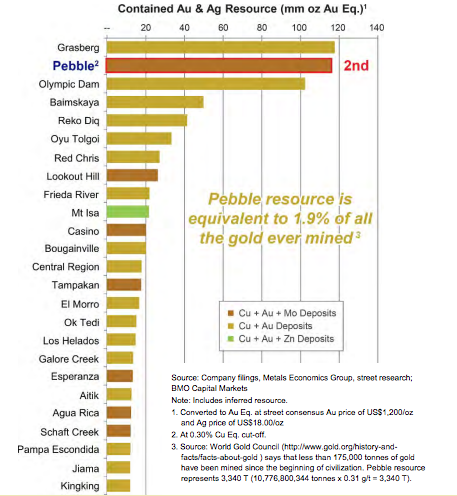 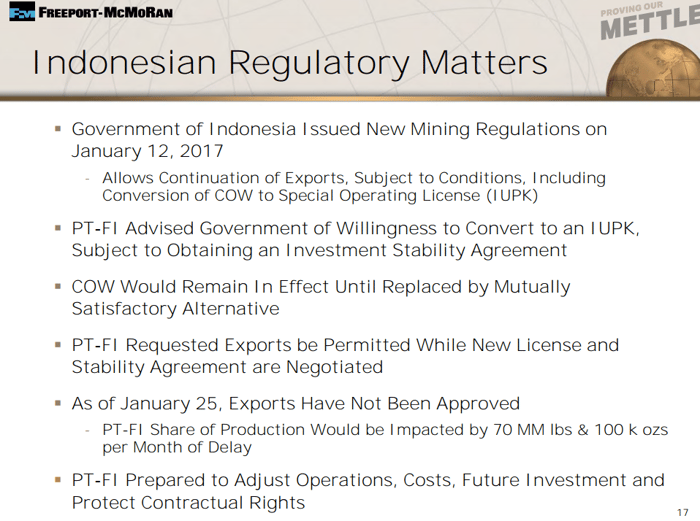