Please ensure Javascript is enabled for purposes of website accessibility
Free Article Join Over 1 Million Premium Members And Get More In-Depth Stock Guidance and Research
By Tyler Crowe - Mar 2, 2017 at 11:28AM

Investing in those re-occurring cash flow streams is starting to pay off.

Shares of energy-efficiency services and equipment company Ameresco ( AMRC 3.88% ) are up 17.3% as of 10:45 a.m. EST today after the company reported earnings that blow by analyst expectations and provided 2017 guidance that suggests this year will be stronger than 2016. 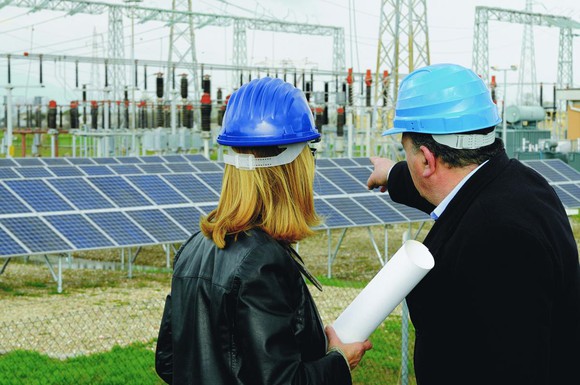 Pretty much across the board, Ameresco's results were strong. Revenue for both products and services were up modestly, but what really mattered is that those marginal gains in revenue flowed to the bottom line in a big way. Even tough total revenue for the quarter was $174.2 million, compared to $173.8 million this time last year, net income improved from a loss of $1.1 million to $3.3 million in net income, or $0.07 per share. Consensus estimates compiled by S&P Global Market Intelligence had Ameresco's results coming in at $0.04 per share. It's also worth noting that the company's total project backlog remained flat, at $1.49 billion.

According to 2017 guidance, the company looks to build on a strong 2016. It now expects to generate $665 million to $700 million in sales and net income per share between $0.37 and $0.47. Management did note, though, that this guidance does not include any affects from its non-controlling interest activities, any charges related to the SunEdison bankruptcy, or any restructuring charges that may occur in the coming year.

Of that $1.49 billion in project backlog, $534 million of it is fully contracted, up 20% from the third quarter. So, that record backlog it posted in the prior quarter is getting converted more and more to items that will drive long-term cash flows. This was certainly one of Ameresco's better quarters, but results for this company have always been lumpy, so keep that in mind as it reports results throughout 2017.