Berkshire Hathaway (NYSE:BRK.A) (NYSE:BRK.B) became an investor in Sirius XM Radio (NASDAQ:SIRI) late last year, and that's an investment that may soon include Pandora (NYSE:P) if the cat-and-mouse game between the satellite-radio monopoly and leading streaming service keeps heating up.

Sirius XM has been openly pining for Pandora since last year, and the stakes were raised when Sirius XM's chairman and its CEO had more things to say this week about the top dog among free streaming music platforms.

Liberty Media (NASDAQ:LSXMA) CEO Greg Maffei -- who also serves as chairman of Sirius XM's board given its controlling stake in the satellite-radio giant -- was asked about Sirius XM's pursuit of Pandora during Liberty Media's earnings call on Tuesday. Maffei argued that Pandora remains interesting, but only at the right price. The comments aren't a surprise, since it's exactly what Maffei said in January.

Sirius XM CEO Jim Meyer then talked about Pandora at the 2017 Morgan Stanley Technology, Media & Telecom Conference on Wednesday. Meyer agrees with Maffei, who argues that Pandora is a great product that is being poorly monetized at the moment.

It's fairly obvious that Sirius XM wants Pandora if it can grab it a low price, but that's also something that's unlikely to happen if Liberty Media or Sirius XM keep pointing that out. Expectations of Sirius XM acquiring Pandora are creating a floor for Pandora's stock, helping it hold up even as usage growth has stalled for the platform. 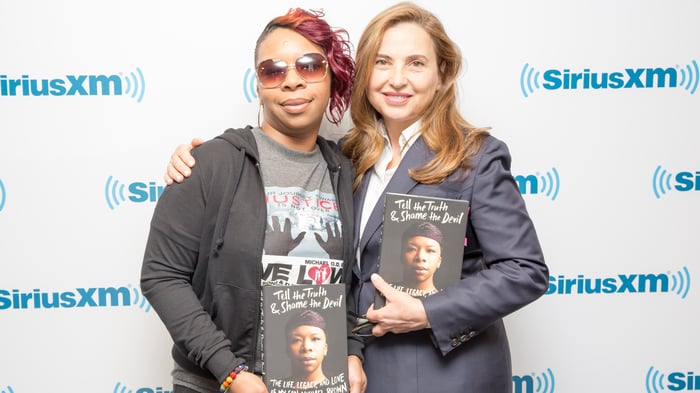 Berkshire Hathaway gobbling up 166.6 million shares of Sirius XM late last year may sound surprising to anyone that hasn't kept tabs on the financial success that the premium radio operator has had in recent years.

Sirius XM is generating more than $1.5 billion in free cash flow a year. Sirius XM is consistently profitable, and revenue has grown at a steady clip -- between 9% and 13% -- in each of the past five years. The once-fledgling platform that naysayers dismissed as championing a transitory technology has 31.3 million subscribers. The more layers you peel back at Sirius XM, the more you realize that it's a great fit for Berkshire Hathaway

Pandora is a different story. It has struggled with its profitability, and now listener growth has hit the wall. Pandora's hoping that a premium-priced offering that it will roll out later this month will help beef up its model, but Pandora's business, financial performance, and the quality of its moat are nowhere near what Berkshire Hathaway is getting through Sirius XM.

However, if Sirius XM feels that it can squeeze more juice out of Pandora -- especially as it promotes it to its growing audience or uses it to provide a stronger value proposition to its customers -- it could be a bargain at current levels. Buffett doesn't have to like Pandora or even use it to know that it's a good fit for Sirius XM. If Pandora is good enough for Sirius XM, then it will be good enough for Berkshire Hathaway to own via Sirius XM.

Editor's note: A previous version of this article contained an incorrect number of SIRI shares purchased by Berkshire Hathaway.