The stock market gave up some ground Thursday, easing lower from its big day on Wednesday. Major market benchmarks finished the day down between 0.5% and 1% as some investors responded negatively to political controversy in Washington, but many saw the decline simply as a pause in the market's strong advance over the past several months.

Earnings season continued to wind down, and although results were generally mixed, there were some stocks that posted bad news on the financial front. Endeavour Silver (EXK 6.97%), Opko Health (OPK 0.38%), and Barnes & Noble (BKS) were among the worst performers on the day. Below, we'll look more closely at these stocks to tell you why they did so poorly.

Shares of Endeavour Silver plunged 25% after the silver miner released its fourth-quarter results. The silver mining specialist said that it suffered an adjusted loss of $5.2 million, more than doubling last year's loss, and production of both silver and gold was down sharply from year-ago levels. Despite rising silver and gold prices that the company realized, Endeavour said that all-in sustaining costs were up 16% to more than $20 per ounce, which is well above the current spot price. CEO Bradford Cooke tried to focus on the full year, noting that exploration and development spending cuts early in the year led to falling production. Now, Endeavour hopes to build out three new mines over the next three years, but investors don't seem convinced that the move will pay off in the long run. 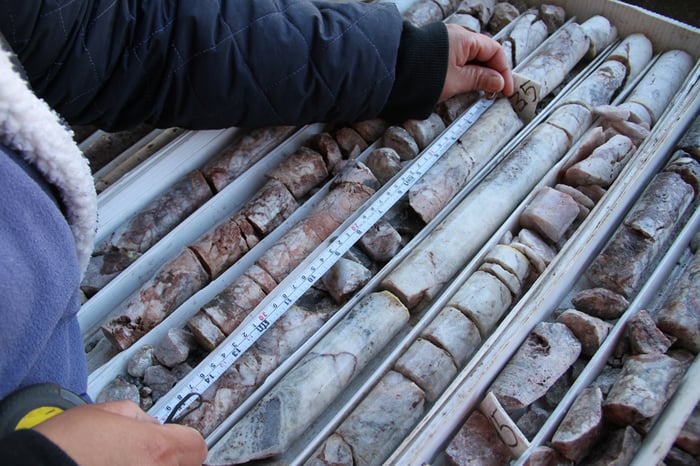 Opko Health stock finished down 11% in the wake of the company's fourth-quarter financial report. The diagnostics and pharmaceutical company reported flat sales from year-ago levels, with rising revenue from its BioReference unit offsetting the loss of a one-time milestone payment that Opko got last year. However, net losses expanded to $13.7 million, due largely to higher expenses related to the launch of Rayaldee, Opko's treatment for secondary hyperparathyroidism associated with certain patients with chronic kidney disease. In the long run, Opko remains convinced that rising sales of Rayaldee, rising utilization of the 4Kscore tests for prostate cancer, and various clinical trials in a number of promising treatments should combine to bring better results ahead. Nevertheless, the trials bring the usual level of uncertainty for Opko's results, and investors worry that the future might not be as bright as the company hopes.

Finally, shares of Barnes & Noble dropped 9%. The bookseller reported an 8% drop in sales during its fiscal third quarter, and weaker traffic sent comparable-store sales down an even steeper 8.3% for the quarter. Nook-related sales, including both digital readers and content and accessories, were down by more than a quarter, and net earnings were down more than 10%. Even worse, encouraging post-holiday improvements gave way to weaker trends later in the period, and the fiscal fourth quarter has already started on a poor footing. Barnes & Noble therefore now expects a 7% drop in comparable-store sales for the full year. Investors were not happy to see any hint of deteriorating performance from a company that has already suffered its share of setbacks in years past.

2 Dividend Stocks With High Yields Too Unsafe to Chase