In February, the shortest month of the year, copper, gold, and oil company Freeport-McMoRan Inc (NYSE:FCX) saw its shares tumble by nearly 20%. After a roughly 95% price gain in 2016, it was a painful reminder of years past, when Freeport-McMoRan was dealing with the aftermath of an ill-timed oil investment.

Shortly before oil prices started to fall in mid-2014, Freeport took on a heavy debt load to buy Plains Exploration & Production Company and McMoRan Exploration Co. Debt went from $3.5 billion to roughly $20 billion in a single year. That poorly timed move -- in hindsight, anyway -- proved to be a huge drag on the company's shares...until 2016. Indeed, last year, Freeport started to make important headway trimming debt and selling non-core assets, importantly including pieces of its oil business. 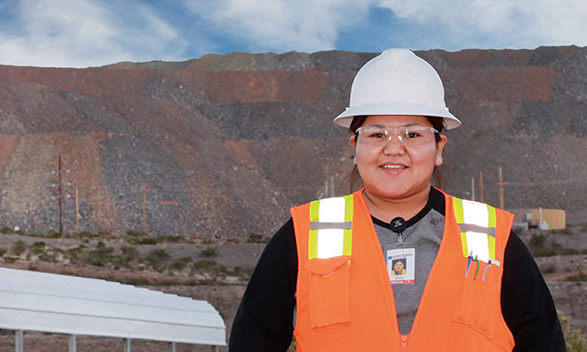 In fact, it was starting to look like Freeport was turning the corner, aided, of course, by recovering commodity prices. And then there was a rule change in Indonesia that essentially shut down one of the company's largest copper and gold operations. The Grasberg mining complex in Indonesia is hugely important to Freeport-McMoRan, accounting for roughly 30% of the miner's copper reserves and about 95% of its gold reserves. It's been negotiating with the Indonesian government, but it hasn't been able to ink a deal. By the end of February, Freeport was getting ready to trim production and lay off staff at the mine. It's all a complex and political mess, but no matter how you look at it, things are pretty bad for Freeport right now.

In many ways, it seems like Freeport has gone from the frying pan into the fire. Adding insult to injury is all the work the company has done to improve its balance sheet and business only to find yet another headwind blowing at gale-force speeds. Simply put, the outcome of the Indonesian troubles will have a heavy influence on the company's results and shares. Investors would be better off avoiding Freeport until this issue is resolved.