Please ensure Javascript is enabled for purposes of website accessibility
Free Article Join Over 1 Million Premium Members And Get More In-Depth Stock Guidance and Research
By Evan Niu, CFA - Mar 7, 2017 at 11:33AM

The data storage specialist is getting scooped up by Hewlett Packard Enterprise.

Shares of Nimble Storage (NYSE: NMBL) have skyrocketed today, up by 45% as of 11 a.m. EST, after the company reported fourth-quarter earnings, but more importantly also announced that it was being acquired by Hewlett Packard Enterprise ( HPE 1.20% ).

Revenue in the fourth quarter rose 30% to $117 million, which translated into a non-GAAP net loss of $10.9 million, or $0.12 per share. Both figures beat consensus estimates, which called for $113.5 million in sales and an adjusted net loss of $0.14 per share. 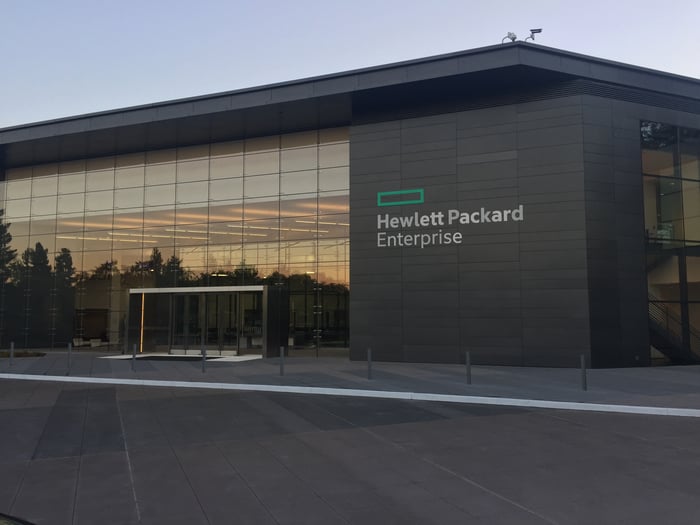 That's all fine and dandy, but the real news today is that HP Enterprise will acquire Nimble for $12.50 per share, valuing the smaller company at approximately $1 billion.

In a blog post announcing the deal, HP Enterprise exec Antonio Neri noted that the "biggest technology transition in storage today is the move from spinning disk media to flash." The acquisition will accelerate HP Enterprise's flash storage roadmap and allow it to better address the needs of enterprise customers with flash-optimized offerings for hybrid IT. Nimble's predictive analytics technology will also bolster HPE's flash storage portfolio and deliver a better customer experience, especially once combined with prior acquisitions like the 2010 purchase of 3PAR.