Japanese consumer electronics manufacturer Sharp Corporation (OTC:SHCAY) has recently caught investors' attention. Since hitting lows of less than $1 a share last summer, shares had rebounded to just under $3 as of early March. The 100-year-old company is undergoing an overhaul and is worth a review now that it's come under new leadership. 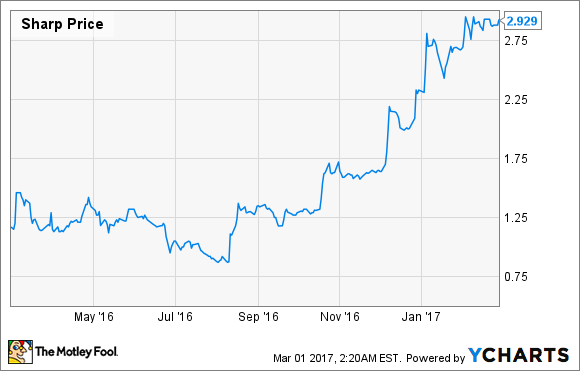 1. Foxconn owns most of Sharp

Last spring, Taiwan-based Foxconn (NASDAQOTH: FXCOF) and Sharp announced an alliance in which the former would assume ownership of about two-thirds of the latter. The final purchase was valued at $3.5 billion. 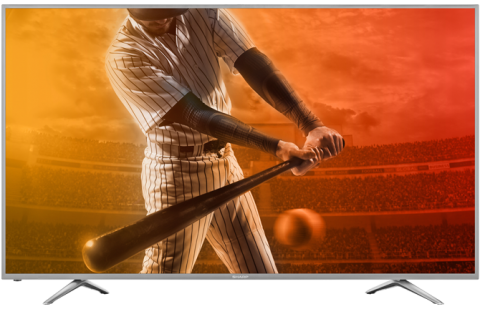 The new head of Sharp has been busy slashing costs and refocusing the company's sprawling enterprise down to the most profitable areas. Sharp and Foxconn management see both companies benefiting from a sharing of technology, new sales distribution opportunities, and new pricing power ability with big customers such as Apple and Samsung.

2. Sharp is investing in the future

The biggest moneymaker for Sharp is the display device segment. Through three quarters of Sharp's fiscal year, as reported in early February, sales of display devices such as televisions and smartphones made up 40% of total sales. While that division had declined 31% year over year, much of that drop has to do with the company's switch to a licensing model instead of in-house manufacturing.

The company is still working to fix issues with its bread-and-butter division, but the new management team also wants to make a push into new technologies. Sharp will be working on the TV market, specifically eyeing new 8K ultra-high-definition models. Yes, a replacement for your new 4K TV is already being planned.

In tandem with that move, less profitable areas are being reorganized. On Feb. 24, it was announced that Sharp and Foxconn will both be bundling up their healthcare and medical-related businesses into a new wholly owned subsidiary to help improve performance and increase collaboration between the two businesses. 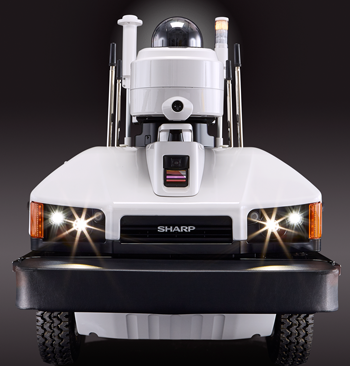 3. After years of bleeding, Sharp just turned a profit

During Sharp's last fiscal year, the company did $21.8 billion in revenue at today's exchange rates. However, that translated into both operating losses and net losses. In fact, the company was running steep losses for four out of the past five years, the only exception being 2014, when sales hit a peak.

Under the tutelage of Foxconn, though, Sharp has quickly turned things around. In the second quarter, the company swung to an operating profit of 2.5 billion yen and in the third quarter improved further to a net profit of 4.2 billion yen. This improvement comes in spite of another year of lower sales.

The quick turnaround has been pulled off by restructuring segments of the business (such as the aforementioned TV unit's switch to a licensing model), cost-cutting, and paying down debt. Sharp sees the last quarter of its fiscal year running at another bottom-line profit.

Sharp and its new majority owner, Foxconn, still have a lot of work ahead. After years of losing money, Sharp is short on assets and long on debt and faces substantial competition in the global technology sector.

Still, the speed at which the company has turned the ship around this year looks encouraging. For investors who like high-stakes bets on struggling businesses trying to rebound, Sharp could be worth a look.