Amazon's payment service is growing fast and has inherent competitive advantages thanks to the growth of its ecosystem. Will it overtake PayPal? 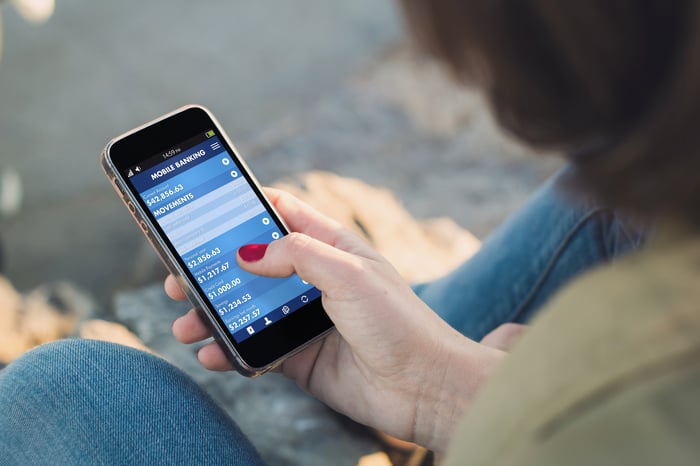 Amazon.com (AMZN -2.49%) recently announced that its Pay with Amazon payment volume nearly doubled in 2016. The online retailer has seen a boost in its momentum after expanding its payments service into France, Italy, and Spain, as well as other markets like government payments, travel, and digital goods, among others. The company reported that more than 33 million customers have used Amazon Payments to make a purchase.

One advantage of using Amazon's payment service is that it uses payment information already stored by many of Amazon.com's 300 million customers. In addition, since Amazon customers are already accustomed to shopping online or on mobile, merchants could see Amazon as a very beneficial partner.

On the other hand, merchants may see Amazon as a threat. Some merchants may be concerned about Amazon gaining access to customer spending patterns. However, like PayPal (PYPL -2.28%), it's in Amazon's interest to spread its brand ubiquity, not to risk its business reputation by a significant breach of trust with business partners.

Another advantage for Amazon is the incentives the company could offer customers to use Amazon Payments in the future. Amazon revealed that more than 50% of Pay with Amazon customers are Prime members. Knowing Amazon's relentless focus on steadily delivering new features and deals to its Prime customers, Amazon could offer special discounts to Prime members for using Amazon payments.

Payments is not mentioned much on earnings conference calls by either analysts or management. Amazon is spending billions expanding its distribution infrastructure, blanketing the U.S. with its massive fulfillment centers, and expanding around the world, especially in India. There are also other projects like drone delivery, Prime video content, Amazon bookstores, and Amazon Web Services.

Amazon has a lot going on, whereas PayPal is purely focused on payment solutions.

While Amazon Payments is still not offered by many large retailers, PayPal has been quickly signing partnerships with credit card companies and banks to spread its payments service to as many point-of-sale locations as possible.

One validation of PayPal's advantage is CEO Dan Schulman's recent disclosure that his company and Amazon have been in discussions about a potential partnership. This not only points to PayPal's strong position in the payments market, but it also reveals that payments is not Amazon's main focus.

At the heart of Amazon's business strategy is its drive to be customer-centric, and this puts Amazon in a tough spot. Amazon is trying to grow its payments service, but at the same time, Amazon management must recognize that there are customers who would like to pay with PayPal instead of storing payment information on Amazon.

For all of the awesome growth of Amazon's business over the last 20 years, e-commerce still makes up less than 10% of retail sales in the U.S. alone. There are still millions of people in the U.S. who haven't signed up for Prime yet, or who have hardly shopped on Amazon.

Offering PayPal as a checkout option would probably not matter much to Amazon's growth. It would likely benefit PayPal more than Amazon, which is why a deal may not come to fruition. Still, Amazon's core business is retail, not payments. In the end, Amazon is more interested in selling whatever its customers want to buy, and that could mean seeing PayPal more as a partner, as opposed to a rival.

An example of this strategy already in practice is Apple. PayPal competes with Apple Pay, but at the same time, Apple offers PayPal as a payment option in iTunes.

There is a huge market opportunity for all payment providers

Trying to understand why these companies are partnering while simultaneously competing with each other can be confusing.