Aluminum giant Alcoa Inc. (NYSE:AA) is finally flying solo, but it's still got some work to do. Silver and gold miner Hecla Mining (NYSE:HL) has just gone through a growth spurt and is now working on paring costs while it prepares for the next leap upward in its production. Although the industries in which these companies compete are different in many ways, the underlying story investors need to understand is that one company is turning itself around while the other is executing on a growth plan. Of this pair, Hecla looks more enticing.

Alcoa is a familiar name to investors. However, it's really a new company today after breaking up from Arconic Inc. (NYSE:HWM), its former specialty parts business, late in 2016. Those two businesses were on different paths for years, with the Arconic side of Alcoa focused on growth and the legacy aluminum side (effectively today's Alcoa) focused on turning around a struggling operation. 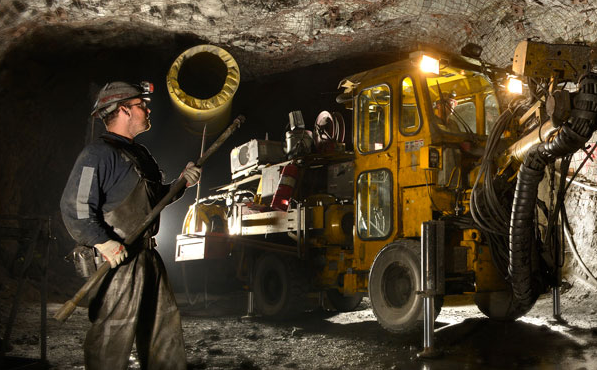 Now that the separation is complete, Alcoa is in much better shape than it was just a few years ago. For example, aggressive cost-cutting helped to push the company from the 30th percentile of the alumina cost curve all the way down to the 17th. In aluminum, it went from 51st to 38th. That represents a lot of hard work, including shutting down older, less efficient facilities. A process that's not quite done yet, noting that the company announced in January that it was permanently closing a facility that had been temporarily idled previously.

Looking out to the full year, the company's goals for 2017 include key issues like managing its legacy pension liabilities and continuing to cut costs. This isn't bad by any means, but it hints that, despite the upturn in commodity prices, Alcoa is still working itself into fighting shape. In other words, the turnaround is still a work in progress.

Consolidating gains and planning for more

In 2015, Hecla's silver production increased 48% and gold production advanced 24%. The ramp-up of the San Sebastian mine was the big driver. That said, the company is calling for production to be roughly flat in 2017. So it's best to look at 2017 as a consolidation period after its impressive 2016 production gains.

But here's the thing: While Hecla is working on keeping costs in check, it's also advancing its next two mines. Rock Creek and Montanore are both expected to have 20 years' worth of reserves and are progressing steadily through the permitting process. It's costly and time consuming to get a mine up and running, and it often gets stalled by roadblocks (the company is now distracted by a strike at one of its operating mines). However, you can monitor the growth opportunity at Hecla just by watching the progress of the new mines. In the end, though, the big picture is that this miner appears to be growing from a position of strength.

There are a host of things to consider with Alcoa and Hecla. For starters, they work in different spaces. Hecla wouldn't fit your needs if you are looking for an aluminum play and Alcoa would be a horrible choice if you were seeking precious metals exposure. But there's also the factor of Alcoa's ongoing turnaround and Hecla's continuing push for growth. If you like turnarounds, Alcoa is the better option.

Hecla, however, is working from a position of strength, helped along by recovering commodity markets. If you can handle volatile precious metals prices, Hecla's story appears to me to be the better one since Alcoa's turnaround essentially means it's still working back from a position of weakness.