Here today, gone tomorrow. That's how quickly stocks can fall out of favor with Wall Street. But let's be honest: Wall Street gets it wrong and savvy investors who can pick out their mistakes could be greatly rewarded. Here are three stocks that Wall Street hates and our contributors' thoughts on each: Williams-Sonoma (NYSE:WSM), Fitbit (NYSE:FIT), and Snap (NYSE:SNAP). 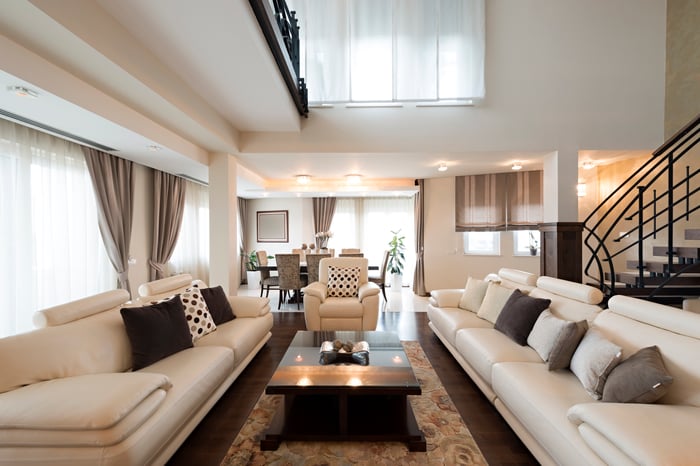 As you may have noticed, there's been a trend over the past year: Retailers are getting hammered by Wall Street. There's a common theme within that trend, and that's that retailers lacking an e-commerce story are failing. That's why Williams-Sonoma is better positioned to rebound over the next few years: Its e-commerce business generates about half of its total revenue.

The e-commerce story is far from the only bullish factor in its investing thesis. Its brand portfolio hits many relevant demographics, including kids and teens, which enables it to be a leader in a less competitive younger demographic. West Elm is a newer concept for young professionals. Williams-Sonoma also has an owned supply chain -- it controls every aspect from product development to manufacturing, distribution and sale -- which enables it to drive costs lower compared to its competitors.

There's more good news for potential investors. It recently announced it would bump up its quarterly dividend by 5% for a total of $0.39 per share, roughly equal to a 3% yield at recent prices. In addition to its dividend, the company has a proven concept with an owned supply chain and room to grow overseas -- as recently as 2015 global sales generated only 6% of total revenue. Wall Street loves to hate Williams-Sonoma, but it could be wrong about this retailer.

When wearables go out of style

Travis Hoium (Fitbit): Few companies have gone from stock market darling to dud as quickly as Fitbit. And after a year when it lost $102.8 million on sales of $2.2 billion, there's not a lot of positive momentum for the company.

The challenge Fitbit has faced lately is similar to that seen by many product companies. It grew on the back of popular products, but when growth slowed and new products didn't sell as well as anticipated, an excess of inventory built up, leading to writedowns and financial losses. That was the story of 2016 and it's difficult to see an easy path back to growth or profits.

What Fitbit needs today is focus. It was built on being a wearable for everyone, but today's wearables market is becoming more segmented and wearables from Apple and Samsung are better suited for the versatile mass-market crowd. Fitbit needs to stay focused on growing in one or two markets where it has a sustainable competitive advantage. Right now, I'm not sure even Fitbit knows which market it wants to focus on, which is a big reason this stock is so hated by Wall Street.

Overpriced to the extreme

Tim Green (Snap Inc.): After soaring on its first day of trading, shares of "camera company" Snap Inc. have tumbled. A flurry of negative commentary and analyst sell ratings have helped push the stock down more than 25% from its peak. More than 15% of all shares have been shorted, with many investors having the same idea.

The big problem with Snap is its valuation. It is currently valued at roughly $23 billion despite producing just $404 million of revenue in 2016. That's a price-to-sales ratio of nearly 60. The company is losing boatloads of money to produce this meager revenue, posting a net loss of $514 million last year.

Beyond the valuation, the Snapchat app's core functionality is being copied left and right. Instagram added a Snapchat Stories-like feature last year, and Facebook has now added a similar feature to its Messenger app. Snapchat's user growth is already showing signs of slowing, and the wholesale copying of its core features won't help.

Is Snapchat anything more than a niche messaging app? We'll find out soon enough when Snap begins reporting quarterly results. If user growth slows further, it will be impossible to justify the outrageous valuation.