Please ensure Javascript is enabled for purposes of website accessibility
Log In Help Join The Motley Fool
Free Article Join Over 1 Million Premium Members And Get More In-Depth Stock Guidance and Research
By Beth McKenna - Mar 27, 2017 at 7:37AM

Like dividend stocks? Two of these stocks pay fat 4% and 5% dividends, and all three have crushed the market over the long term.

Amusement parks can pump up your adrenaline, but did you know that they can also pump up your returns? Amusement park stocks, in general, have been taking investors on a thrill ride for some time. We can probably attribute their outperformance in part to the industry's high barriers to entry coupled with consumer confidence levels that rebounded after the Great Recession.

The three best amusement park stocks to invest in now are Walt Disney -- which is not a pure-play since it has operations other than its famed theme parks -- and pure-plays Cedar Fair and Six Flags Entertainment.

Data sources: YCharts and Yahoo! Finance. *May 2010 is when Six Flags began trading again after emerging from bankruptcy. Data to March 23, 2017.

1. Disney: The most magical places on Earth

Disney's parks have delighted visitors since the company opened what's largely considered the world's first modern theme park, Disneyland, in California, in 1955. It followed up by opening Disney World in Florida in 1971. In total, Disney has 12 theme parks across six locations: two in California, four in Florida, two in Tokyo, two in Paris, one in Hong Kong, and one in Shanghai. 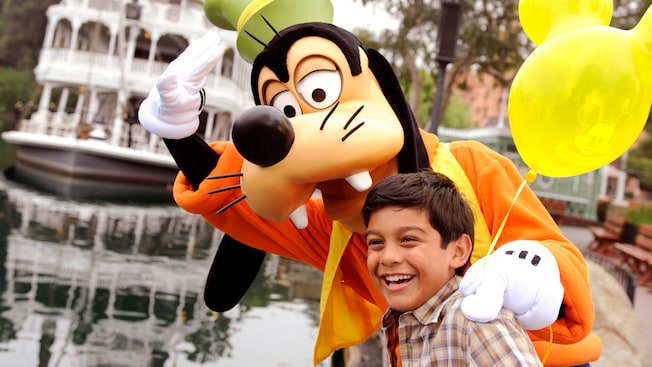 Disney isn't a pure play, so the stock's performance will depend upon the company's overall performance. The entertainment giant's other businesses include its legendary movie studios, its TV and cable networks, and its consumer goods business. Overall, Disney had a fantastic fiscal 2016: revenue increased 6%, segment operating income grew 7%, earnings per share increased 17%, adjusted EPS rose 11%, and free cash flow soared 27%.

Disney's top management has said that fiscal 2017 will be a slower-growth year, but that the company is expected to continue its more recent strong growth dynamics in fiscal 2018.

Cedar Fair is one of the largest regional amusement park operators in the world, generating $1.3 billion in revenue over the last year. It owns and operates 11 amusement parks, two outdoor water parks, one indoor water park, and five hotels. Its most well-known parks are probably its flagship park, Cedar Point, on the shore of Lake Erie in Ohio; Knott's Berry Farm in Buena Park, Calif; Wonderland in Toronto; and Kings Island in Cincinnati.

Cedar Fair is led by CEO Matt Ouimet, who came on board in 2012. He spent 17 years at Disney, where his positions included president of Disneyland Resort and president of the company's cruise line.

Cedar Fair is known for its top roller coasters, but offers something for everyone to give a whirl. Wave Swinger at Dorney Park, Allentown, PA. Image source: Cedar Fair.

One of the stock's top attractions is its dividend, which is yielding 5%, thanks in part to the company's structure as a Master Limited Partnership (MLP). This structure allows Cedar Fair to pay out the majority of its earnings to its unitholders without first paying significant federal and state taxes. While such a yield never comes free of risk, the company's dividend is supported by free cash flow that has generally been quite dependable and strong. Cedar Fair has increased its dividend in each of the last five years, and has paid a dividend for 30 consecutive years.

One thing investors should watch: Cedar Fair's debt level. The company is extremely leveraged, with its debt-to-equity ratio a whopping 2,568%. For context, Disney's debt-to-equity ratio is 43.3 and Six Flags' is 552, which is also very high. Cedar Fair should be able to continue to successfully service its debt and maintain its dividend. However, if there's a perfect storm -- such as interest rates rising considerably and a plunge in consumer confidence due to a severe recession -- it might have issues maintaining its generous dividend.

Like Cedar Fair, Six Flags Entertainment generated $1.3 billion in revenue in 2016. However, it has more parks. Its 18 parks in North America include 16 in the U.S., one in Mexico City, and one in Montreal, Canada. The company has had a complicated corporate history, including its filing for Chapter 11 bankruptcy protection in June 2009. It relisted its stock in May 2010 after emerging from bankruptcy.

Since 2010, Six Flags' business has been quite stable. Its last CEO served from 2010 until February 2016 when he retired and was succeeded by John Duffey. That said, investors should look extra hard at a company with such a tumultuous corporate history, including a relatively recent bankruptcy.

Analysts expect Six Flags to grow earnings per share at an average annual rate of 8% over the next five years. For comparison, Wall Street pegs Disney's and Cedar Fair's average annual EPS growth rates over this period at 9.5% and 25.4%, respectively.

It's possible the company's plans to bring Six Flags-branded parks to international consumers could help it exceed analysts' estimates. In 2016, Six Flags announced partnerships to build two Six Flags-branded theme parks, each with a water park, in China and a theme park-water park duo in Vietnam. It also announced that its previously canceled plan to build a park in Dubai was on again. The parks are slated to open in 2019 or 2020.

This ride has ended

Disney is the highest-quality of the three stocks discussed in the article, and makes a great core holding for most investors. While its dividend is modest, there is plenty of room for future growth.

For investors wanting juicier current income and willing to take on more risk, Cedar Fair and Six Flags both have their strengths and drawbacks. Overall, Cedar Fair is the better bet, in my opinion, for the following reasons: It's led by a CEO who is Disney-trained; its CEO is longer serving than Six Flags' relatively new CEO; it doesn't have a roller coaster ride of a corporate history; and its projected average annual EPS growth over the next five years of 25.4% is considerably higher than what analysts project for Six Flags.