Total confidence in a company's business model is required to hold a stock for decades.

Of course, this strategy depends on investing in companies that can stand the test of time. We asked four of our contributors to each discuss a stock that fits this mold. Here's why Walt Disney (DIS -1.31%), Berkshire Hathaway (BRK.A -0.51%) (BRK.B -0.17%), CVS Health (CVS -0.74%), and Brookfield Renewable Partners (BEP 0.03%) are great stocks to buy and hold forever.

Don't lock the door to the House of Mouse

Dan Caplinger (Walt Disney): Investors of all ages can appreciate the value of entertainment giant Walt Disney. For moviegoers, Disney's namesake studio and its purchases of Pixar, Marvel, and Lucasfilm have given the House of Mouse an unparalleled collection of valuable entertainment franchises that could keep producing desirable content for decades to come.

For television viewers, the ESPN and ABC networks are household staples, and other networks like the Disney Channel have niche appeal to targeted demographics that hold value for advertisers. Add to the mix Disney's theme parks, retail stores, and gaming segment, and you have a complete multimedia empire that's well-positioned for whatever direction the entertainment industry moves in the future. 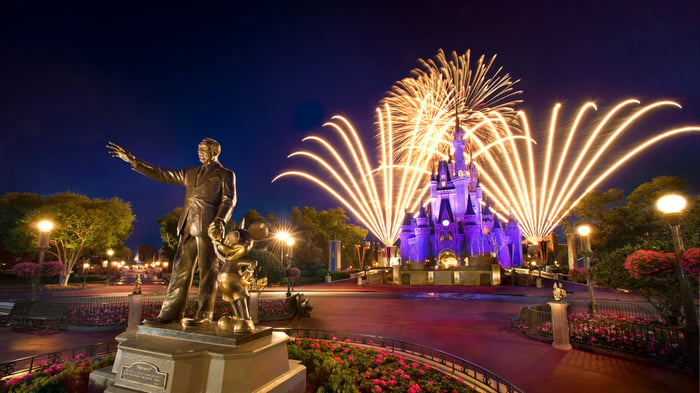 Some have been concerned about the potential death of cable television and its impact on Disney's core ESPN sports network. It's true that ESPN benefits greatly from the current cable bundle, but at the same time, it's also seen widely as the go-to franchise in most cable packages. That should give ESPN the leverage to offer its network directly to users when the time comes.

More broadly, Disney has found ways to adapt to changing industry conditions in the past, and there's no reason to think that it will fail to do so in the future. Disney has been a great stock for nearly a century, and the entertainment giant has the staying power to keep succeeding for decades to come.

Tim Green (Berkshire Hathaway): Over the past five decades, Warren Buffett has built Berkshire Hathaway, once a failing textile business, into a $400 billion conglomerate. Berkshire operates across a vast swath of industries, including insurance, manufacturing, retail, and railroads, and it maintains an investment portfolio valued at over $150 billion.

Berkshire is built to last, making the stock an excellent choice to buy and hold indefinitely. There will be ups and downs, with Berkshire susceptible to stock-market swings, major catastrophes that lead to massive insurance payouts, and cyclicality in some of its businesses. And because Berkshire has grown so big, producing market-beating returns will be far more difficult than in the past. But as the list of the most valuable companies in the world evolves in the coming decades, there's a high probability that Berkshire will retain its place.

Buffett, being 86 years old, won't be at the helm of Berkshire forever. The success of the company in the future depends on his successor demonstrating the same discipline and patience that Buffett is famous for. The biggest risk for Berkshire shareholders is that the post-Buffett Berkshire loses its edge.

Every stock comes with risks, and Berkshire is no exception. But if your goal is to hold a stock for decades with minimal risk that your investment blows up in your face, Berkshire Hathaway is a great choice.

A strong tailwind in place

Brian Feroldi (CVS Health): Buy and hold "forever" candidates need to hold strong competitive advantages in markets that are poised for long-term prosperity. That description perfectly matches the bull case for owning retail pharmacy giant CVS Health, which is why I think it's an ideal stock to consider.

CVS Health offers investors two businesses in one. The first is its vast chain of pharmacy retail stores. The company has been investing heavily in rolling out new services that are aimed at making its stores more attractive to customers. This includes features such as drive-through lanes, curbside pickup, the ability to synchronize multiple scripts, and even a mobile app to make ordering refills easier. When adding in its ever-expanding network of in-store MinuteClinics, the company's retail strategy looks poised for slow-and-steady growth.

CVS Health also runs one of the largest pharmacy-benefit management networks in the country. The company uses its huge buying power to negotiate discounts on drugs for other institutions that offer health insurance -- think governments, unions, employers, and more. CVS Health collects a small fee for its services, but the net savings to its customers are still huge, even with the markup. With a client retention rate of 97%, it's clear that this service is highly valued.

Neither of these businesses would be attractive if the demand for prescription drugs was about to plunge, but I think there's ample reason to believe the opposite is true. Roughly 10,000 baby boomers are expected to turn 65 each day for the next 12 years. That fact puts a great tailwind at this company's back. Add it all up, and I think that CVS Health has all the makings of a great buy-and-hold investment.

Standing the test of time

Matt DiLallo (Brookfield Renewable Partners): Not much has changed about hydroelectric power-generating plants over the past century. If anything, they've become increasingly more important to the globe's power-generating mix in recent years due to rising climate-change worries. Because of that, Brookfield Renewable Partners' leading hydro portfolio should play a significant role in helping solve the world's energy problems.

However, what makes Brookfield Renewable such a great investment to hold over the long term is the company's ability to create value from its renewable portfolio. Brookfield's hydroelectric plants generate very stable cash flow because it has locked 90% of its capacity into long-term contracts that have an average remaining life of 16 years. The company doesn't need very much of that cash flow to maintain its assets, which allows it to return 70% to investors each year, retaining the other 30% of expansion projects.

Speaking of expansion projects, the company currently has a large pipeline of wind and hydro projects in development, which should grow its cash flow over the next several years. That incremental cash flow, along with some upside as power markets recover and the ability to benefit from inflation via its contracts, gives the company the confidence that it can grow both its cash flow and shareholder distributions by 5% to 9% per year over the long term.

That steady growth from a business that's not going away anytime soon is what makes Brookfield Renewable Partners the ideal investment to hold over the long run.