We're now less than two months away from the grand opening of Comcast's (NASDAQ:CMCSA) new theme park in Central Florida, and on Thursday we learned about the single-day and passholder pricing for Universal Orlando's Volcano Bay.

A one-day ticket to the new water park that opens on May 25 will cost $67. The price is on the high end of rival attractions, but still reasonable. Disney (NYSE:DIS) charges $62 for Blizzard Beach or Typhoon Lagoon, Disney World's two water-based attractions. If the visit won't be during the summer, Disney World's one-day price drops to $57. A ticket for SeaWorld's (NYSE:SEAS) Aquatica costs $59.99, though folks buying their admissions at least a day in advance can purchase them online for $49.99.

Volcano Bay will hopefully earn its premium relative to nearby water parks. It may be smaller than Blizzard Beach or Typhoon Lagoon, but it's packing state-of-the-art watery diversions within its compact frame. Volcano Bay will also outfit guests with wearable bracelets that they can use to secure return times to some of the more popular attractions, making long queues found at rival parks a thing of the past, at least in theory. 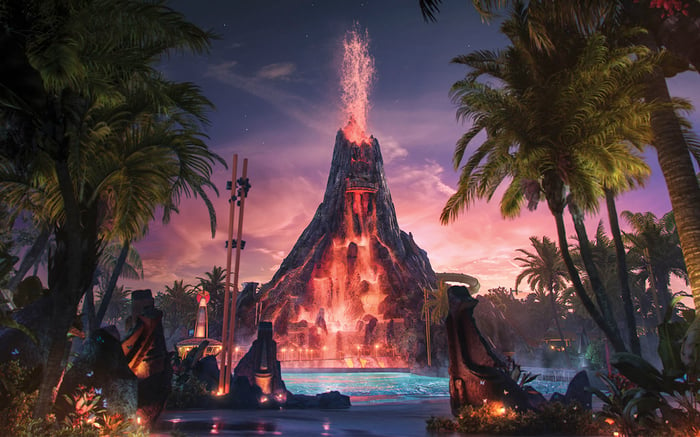 Universal is all wet

On the surface, charging $99 as an upgrade with peak periods blacked out may seem like a pretty good deal given the $67 one-day price. Go twice in a year and a passholder has already made that back. Premier passholders would have to go three times for the upgrade to make sense, but those three visits can take place at any time.

The problem here is that no theme park operator in the competitive Orlando market lives in a vacuum. Comcast needs to be responsive to what its peers are doing, and this time its aim is well off the mark. Disney World charges just $125 for an annual pass that includes both of its water parks. There are no blackout dates, so it's comparable to the $150 upgrade that Universal Orlando is offering for just one park -- a park that is half the size of either Blizzard Beach or Typhoon Lagoon. Disney World also charges just $90 a year to have year-round water parks access tacked on to its high-end Disney Platinum Pass, less than any Universal Orlando upgrade.

SeaWorld is even hungrier. Aquatica's annual pass is $108 without blackout dates, and a current promotion running through May 14 includes a year of Aquatica access for free with the $168 SeaWorld Orlando annual pass.

SeaWorld and Disney also offer free parking for their water parks in lots that are adjacent to the entrance. Universal Orlando guests will need to pay to park in the resort's garage complex if free parking isn't included in their annual passes, and then have to wait for a shuttle bus to take them to and from Volcano Bay.

None of this may matter initially. Comcast is generating plenty of buzz for the new park, and a lot of visitors will want to check out the area's newest attraction this summer. However, once the hype starts to fade, Universal is going to need locals to embrace Volcano Bay, and that's where the out-of-touch pricing will sting. As a boutique water park, Comcast isn't going to draw the kind of guests that Disney World does, and Universal Orlando's pricing may lead to an uptick in pass sales at Disney World and SeaWorld. You can't blame Comcast for starting high, but investors shouldn't be disappointed when pricing inevitably settles in with what the competition is doing.