Coca-Cola and Marlboro are iconic American brands, but can they survive in a more health-conscious market?

Coca-Cola (KO -0.17%) and Philip Morris International (PM -0.67%) are both classic consumer staples stocks. Coca-Cola's diverse portfolio of beverages and PMI's iconic Marlboro cigarettes often hold up well through recessions and market crashes. However, consumption of soda and cigarettes has declined over the past few decades due to a global market shift toward healthier diets.

Does that shift indicate that time is running out for Coca-Cola and PMI? Or can both companies adapt to changing times by tweaking their core businesses? To find the answer, let's take a closer look at both companies' businesses. 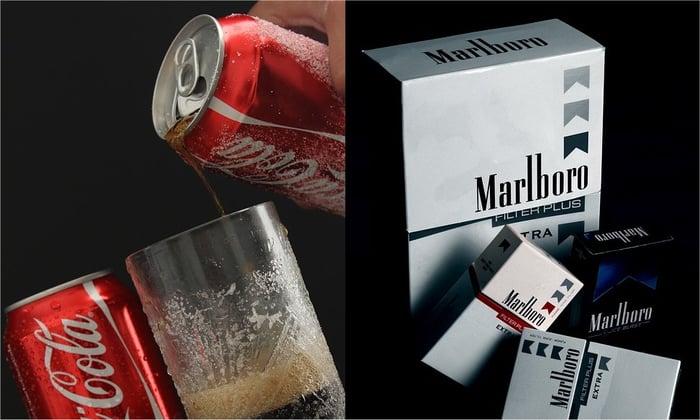 How do Coca-Cola and Philip Morris make money?

Coca-Cola sells concentrated syrup to bottlers, which finish the bottling, packaging, and shipping process. The company also invests in these bottlers, and those stakes generate revenues for its Bottling Investments Group. Over the years, Coca-Cola gradually diversified into teas, juices, smoothies, bottled water, and sports drinks to reduce its dependence on carbonated drinks.

It also introduced zero-calorie and reduced-calorie versions of its flagship drinks, and bought a large stake in Monster Beverage (NASDAQ: MNST) to gain exposure to the growing energy drink market. All these moves lifted its organic growth, but its results remain throttled by currency headwinds, since just 26% of its revenues came from North America last year. A strong dollar means foreign currency is translated into fewer dollars. 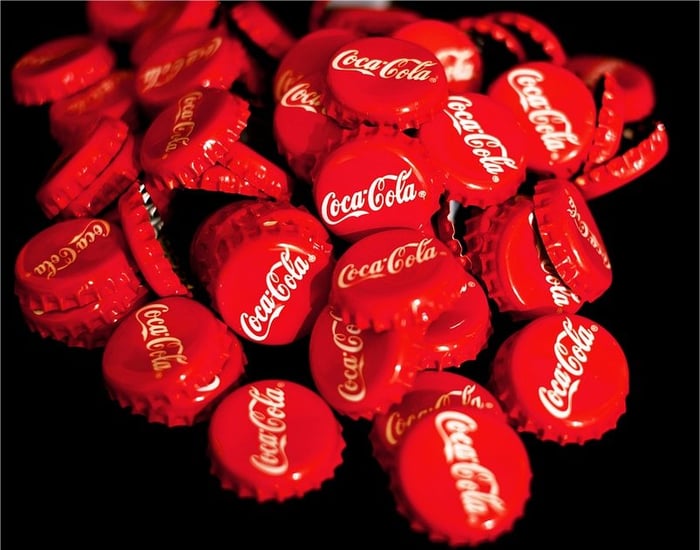 Philip Morris International was spun off from Altria (NYSE: MO) in 2008. After that split, PMI generated all of its revenues overseas as Altria focused on the domestic market. That move was intended to let PMI expand in higher-growth markets with higher smoking rates, and insulate those operations from domestic litigation.

However, PMI's top-line growth has also been throttled by currency headwinds as the company is based in the U.S. And several major growth markets like Indonesia and Ecuador have tried to curb their smoking rates with sweeping national campaigns. To counter those pressures, PMI diversified away from traditional cigarettes by acquiring e-cigarette makers and launching IQOS, a smokeless device that heats up tobacco sticks instead of burning them. These devices, however, still generate tiny percentages of its overall revenues.

Coca-Cola's revenue fell 5% to $41.9 billion last year. Sales rose in North America and Asia, but those gains were offset by declines in Europe, the Middle East, Africa, and Latin America. Revenue from its Bottling Investments also tumbled due to the deconsolidation or refranchising of certain bottlers.

But on an organic basis, which excludes currency impacts, acquisitions, divestments, and other one-time charges, Coca-Cola's revenue rose 3% for the year. Looking ahead, the company expects approximately 3% organic growth this year. 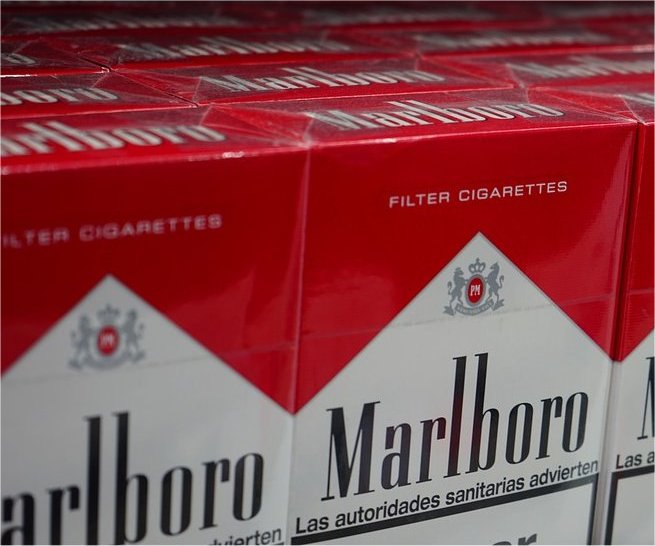 PMI's revenue rose 1.4% to $75 billion last year, but that includes a huge amount of excise taxes that the company doesn't keep. Excluding excise taxes, its net revenues fell 0.4% to $26.7 billion. But if we exclude negative currency impacts from that total, PMI's revenue actually rose 4.4%.

That disparity illustrates how badly a strong dollar hurts PMI. On a reported basis, PMI's revenues only grew in two of its four geographic regions (EU and Asia). But on a constant-currency basis, PMI's revenue grew across all four markets -- including the EEMA (Eastern Europe, Middle East, and Africa) and Latin America/Canada regions. PMI expects its revenue -- excluding excise taxes, currency impacts, and acquisitions -- to grow 4% to 6% this year.

Coca-Cola's reported earnings fell a whopping 55% last year due to currency impacts and other charges related to the changes across its bottling investments. But excluding those impacts, Coca-Cola's earnings rose 7%. Analysts expect a more moderate 2% decline in reported earnings this year.

Coca-Cola currently pays a forward dividend yield of 3.5%. Its payout ratio of 94% looks high, but investors can take comfort in the company's having paid 55 straight years of annual hikes. That indicates it won't soon cut the dividend. PMI pays a forward yield of 3.7% and has a slightly lower payout ratio of 92%. The company has raised that dividend every since splitting with Altria.

Coca-Cola and PMI share many qualities, but I believe that PMI is a better overall pick at current prices. Its reported (not currency-neutral) growth is better than Coca-Cola's, it pays a higher dividend yield, and its core cigarette business is arguably easier to understand than Coca-Cola's portfolio of carbonated drinks, non-carbonated drinks, bottling investments, and stakes in other companies. However, investors should still beware of PMI's valuation -- which indicates that the stock might be a smarter buy at lower prices.