Shares of ClubCorp Holdings Inc. (NYSE:MYCC) were down 11% as of 12:30 p.m. EDT Wednesday after the private golf and country club specialist announced weaker-than-expected first-quarter results and opted not to continue pursuing its previously announced review of strategic alternatives. 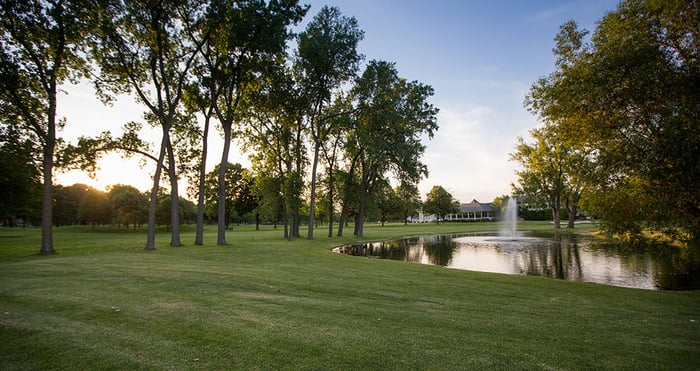 In addition, ClubCorp stated its board of directors has unanimously decided "not to pursue a strategic transaction at this time." The board's strategic review committee will remain in place, however, and ClubCorp plans to continue executing its previous strategy "focused on organic growth, reinvention and acquisitions."

To that end, ClubCorp also acquired the Oakhurst Golf and Country Club in Clarkston, Michigan today. And the company recently completed a lease agreement to build a new concept business called "The Collective," set to open next year in Seattle.

In the meantime, ClubCorp reiterated its guidance for fiscal year 2017 revenue of $1.095 billion to $1.135 billion, as well as for adjusted earnings before interest, taxes, depreciation and amortization of $255 million to $265 million.

But Wednesday's report was undeniably disappointing for investors who were hoping for a juicy acquisition premium to bolster their returns. To be fair, though, I cautioned at the time of the original announcement in January that ClubCorp's review wouldn't guarantee a sale, noting "anything short of a sale will likely send shares right back down to where they were before the news broke."

With shares now down around 4% so far in 2017, and unless ClubCorp's board opts to renew their search for a suitable buyer, investors would do well to continue focusing on the company's efforts to create shareholder value by accelerating growth and continuing to improve the profitability of its underlying business.