Please ensure Javascript is enabled for purposes of website accessibility
Log In Help Join The Motley Fool
Free Article Join Over 1 Million Premium Members And Get More In-Depth Stock Guidance and Research
By Matthew DiLallo, Sean Williams, and Jordan Wathen - Apr 15, 2017 at 10:41AM

From nosebleed valuations to dirt-cheap stocks, these are some of the most extreme cases where we believe that the market has it all wrong.

Sometimes, the market goes a little overboard with certain stocks. Whether that's bidding them up well beyond reasonable levels or selling them off at insanely cheap prices, some stocks just end up with crazy valuations. Three that have us scratching our heads right now are Tesla (TSLA 1.24%), Chipotle Mexican Grill (CMG -0.04%), and Sunoco LP (SUN 1.07%). Here's why.

Someone apply the brakes, please

Sean Williams (Tesla): While it's seemingly no struggle to find expensive valuations in today's market, no stock stands out as perhaps more egregiously overvalued than electric-vehicle and solar-panel maker Tesla. I have a number of concerns with the company, so let's tackle them one at a time. 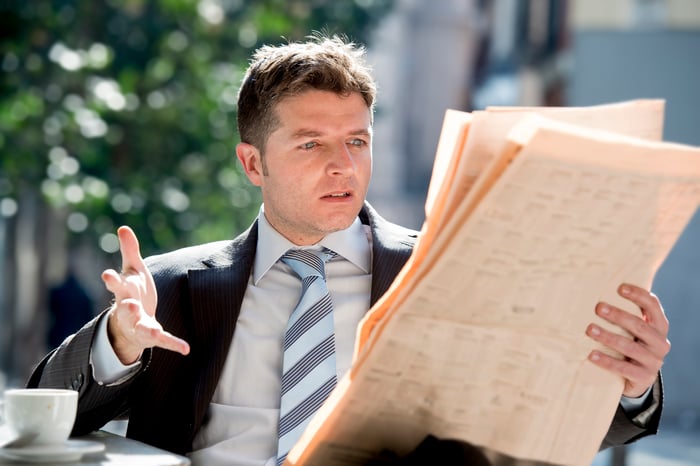 To begin with, I have a hard time supporting Tesla's monstrous $49 billion valuation, which is approaching that of General Motors and is higher than Ford's, yet the company still isn't profitable on a recurring basis. GM reported record full-year earnings per share in 2016, with automotive-adjusted free cash flow of $6.9 billion, while Ford reported $4.6 billion in net income and $6.4 billion in automotive operating cash flow last year. Tesla? It wound up losing $675 million in net income and burned through $1.56 billion cash for the entire year. In fact, its accumulated losses since 2007 have approached nearly $3 billion. And yet, it's now worth $49 billion.

Another issue is that Tesla has a habit of overpromising and underdelivering on those promises. The Model S and Model X were both delayed due to various production issues, which leaves me highly skeptical that the company will be able to meet its production targets on the Model 3. And, for matter, keep in mind that so far Tesla is only on track to produce 100,000 vehicles this year.

Tesla's acquisition of SolarCity may also come back to bite it. In the fourth quarter, SolarCity only installed 201 MW of solar energy, which was nearly 100 MW lower than what SolarCity had originally forecast for the quarter, just a few months prior. While SolarCity offers intriguing long-term potential, it's another cut to Tesla's already bleeding balance sheet.

Finally, Tesla's cash needs are enormous, and investors might continue to pay the price for its neediness. Recently, the company announced that it would sell $750 million in convertible notes (which means possible dilution down the road) and $250 million in common stock. This correlates to the high expenses tied to its Gigafactory and production increases for the Model 3. With a cash outflow expected for years to come, Tesla might continue to dilute investors in order to raise capital.

Without any recurring profits, Tesla's $49 billion valuation is simply ludicrous.

Shares currently trade at about 45 times a "stretch" earnings goal of $10 per share in 2017, but bulls expect that earnings will ramp even higher in coming years. The thesis is predicated on the idea that customers who avoided the company's restaurants following E. coli outbreaks last year will return over time.

At best, I think Chipotle has a very difficult road to recovery. At worst, I think the brand is permanently impaired, as customers who took a break from the burrito chain discovered substitutes.

With heavy promotions and discounts to drive traffic, Chipotle has trained its customers to expect discounts at the same time that input costs are growing at mid-single-digit rates. On the most recent conference call, Chipotle indicated that labor costs grew 5% in the last year, and it expected continued 4% to 5% inflation in labor costs going forward. On the same call, management spoke to the difficulties of raising prices, saying, "We've not had a price increase in three years... at some point over time, we'll need to pass on some of the higher costs... but we believe we'll be able to do that."

For Chipotle to recover, it needs to manage expenses by controlling food costs (or raising prices), cut down its marketing spend to a historical level of 2.1% of sales from an outsize 5.1% of sales in 2016, and do it without sacrificing customer traffic. That's no easy task for any restaurant chain.

From crazy expensive to insanely cheap

One of the reasons Sunoco LP appears to trade at a nosebleed valuation is that 2016 was a brutal year, which caused significant downward pressure on earnings. Overall, EBITDA plunged from $612 million in 2015 to a mere $71 million last year. However, some of that decline was due to one-time items such as impairment charges, which totaled $680 million last year. Once we adjust for those and other items to normalize earnings, Sunoco LP's adjusted EBITDA was $665 million, which was only down $50 million from the prior year's adjusted EBITDA. If we plug that number into the equation, Sunoco LP's EV-to-EBITDA is just 11.8 times, which is well below the mid-teens ratio of most other MLPs.

That said, there are good reasons that Sunoco LP has such a cheap relative valuation . Not only does it have a worrisomely high debt level, but it also distributed more cash to investors than it collected. However, the company appears to have addressed those concerns by recently sealing a deal to unload the bulk of its retail stores for $3.3 billion in cash. It expects both its leverage and coverage ratios to improve significantly once that transaction closes later this year. As a result, it can focus on building out its stable fuel distribution business, which could position it to restart dividend growth in the future.

While Sunoco LP is higher-risk than most other MLPs, it's dirt cheap despite recently securing a deal that firmed up its financial footing. Because of that, investors willing to take on more risk could be getting a steal with Sunoco LP if its repositioning plan works.