Please ensure Javascript is enabled for purposes of website accessibility
Log In Help Join The Motley Fool
Free Article Join Over 1 Million Premium Members And Get More In-Depth Stock Guidance and Research
By Dan Caplinger - Apr 18, 2017 at 9:27AM

The healthcare conglomerate still isn't firing on all cylinders despite posting better earnings than most investors had expected.

The healthcare industry is in constant flux, but Johnson & Johnson (JNJ -0.89%) aims to be a blue-chip stalwart for investors in the space to get wide-ranging exposure throughout the sector. With reform efforts ongoing and criticism of high-priced drugs from pharmaceutical manufacturers, J&J has had to navigate a difficult industry environment lately, but coming into Tuesday's first-quarter financial report, investors in Johnson & Johnson wanted to see that the healthcare giant could still produce growth.

J&J's recent decision to acquire Actelion led the company to boost its guidance for the full year, but the healthcare conglomerate's results weren't everything those following the stock had hoped to see. Let's look more closely at Johnson & Johnson to see how it did and what's ahead for the company going forward.

J&J is still struggling to boost its top line

Johnson & Johnson's first-quarter financial results again showed some of the challenges the company has faced lately. Revenue was up just 1.6% to $17.77 billion, which was about half of the growth rate investors had wanted to see. GAAP earnings actually dropped slightly from year-ago levels, due largely to a substantial boost in income tax expense. But adjusted earnings of $1.83 per share were up almost 6% from the year-earlier quarter and topped the consensus forecast for $1.77 per share. 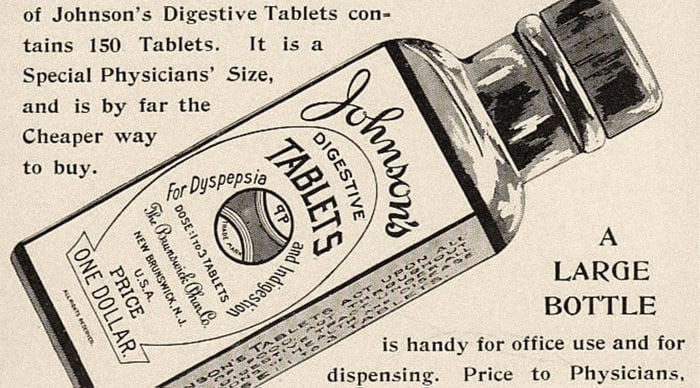 Once again, there was a change this quarter in the leading segment within Johnson & Johnson's corporate structure. The medical devices business performed the best from a top-line perspective, seeing sales climb 3%. As we've seen in past quarters, the unit benefited from its Acuvue contact lens products, as well as electrophysiology devices for cardiovascular applications and endocutters in J&J's advanced surgery business. The acquisitions of Abbott Medical Optics and privately held specialists Megadyne Medical Products and Torax Medical helped boost the unit's prospects for the quarter.

Consumer sales lost some momentum, seeing growth slow to just 1%. Without acquisitions, the unit would have seen its top line fall, and U.S. sales dramatically outperformed J&J's international revenue. Tylenol and other over-the-counter products did fairly well, but oral care, baby care, and wound care products didn't pull their weight during the quarter.

Most importantly, pharmaceutical sales lagged the rest of the company's performance, with sales gains of just 0.8%. Drug sales internationally grew while domestic revenue dropped, and J&J pointed to the success of multiple myeloma treatment Darzalex and blood-cancer drug Imbruvica as key contributors to its overall performance.

CEO Alex Gorsky was measured in his statements about the quarter. "Johnson & Johnson's first-quarter results are in line with our expectations," Gorsky said, "and we are confident we will achieve the full-year financial guidance we established at the beginning of the year." The CEO also pointed to the Actelion acquisition as a key driver of future growth.

In response to its successful tender offer to acquire a substantial supermajority stake in Actelion, J&J changed its 2017 outlook to include estimated impacts from the acquisition. Sales projections rose roughly $1.3 billion, with a new range of $75.4 billion to $76.1 billion. Johnson & Johnson anticipates about $0.07 per share in positive impact on earnings from Actelion, providing a new range of $7 to $7.15 per share for the bottom line on an adjusted basis.

Yet investors are still trying to parse together exactly what the $30 billion buyout will mean for Johnson & Johnson. In Gorsky's words, the deal should help J&J "expand our portfolio with leading, differentiated in-market medicines and promising late-stage products." However, the vagueness of that statement shows just how difficult it is to predict how even a major high-profile acquisition will necessarily lead to better results going forward.

Johnson & Johnson investors didn't seem entirely satisfied with the performance, and the stock fell more than 1% in pre-market trading following the announcement. What's becoming clearer is that in order to foster the kind of growth investors want to see, J&J will have to take aggressive steps to bolster organic efforts as well as tapping the M&A market as appropriate. Otherwise, Johnson & Johnson might start falling behind some of its nimbler rivals in finding the opportunities that will drive growth in the years to come.