E-commerce giant Amazon.com (AMZN 3.04%) is scheduled to report earnings on Thursday night, covering the first quarter of fiscal year 2017. Here's what you need to keep an eye on in this report.

Amazon's guidance assumes a currency exchange headwind on the order of 2.5%. The year-ago period also included a leap day that's missing in 2017, adding another 1.5% speed bump to the company's year-over-year comparisons.

The dramatically lower profit target reflects a rise in Amazon's operating costs. The company built 26 new delivery warehouses last year, and is pushing into India in a big and expensive way.

But wait -- there's more! Let's dig into three important business details that will deserve your attention on Thursday.

Thirty-two percent of Amazon's retail sales came from abroad in 2016. That's actually down from 33% in 2015 and 38% in 2014. The company is investing heavily in growth opportunities abroad these days, including a global expansion of the Prime Video service. Brand-new data centers for Amazon Web Services (AWS) were also built in markets like India and China last year.

Management is tight-lipped regarding the Amazon Prime loyalty program's actual subscriber counts. At the same time, Amazon likes to brag about the increased user engagement of Prime customers. For example, Prime users doubled their total number of music, reading, and video sessions in 2016. It's unclear how much of that boost came from higher subscriber totals and how much was based on more engagement per user, but it's good news either way.

One of these days, Amazon might start to share something more than sweeping generalizations about this important program. Until then, investors have to settle for third-party estimates. Based on its own proprietary surveys, analyst firm Cowen and Co. estimates that Amazon sports roughly 52 million Prime users right now, a 20% increase over the same period in 2016. According to that study, about 83% of Prime users placed an Amazon order in March while only 47% of known non-Prime customers bought something.

Don't expect any official detail or color on these trends in this report, but do jump for joy if management decides to oblige. 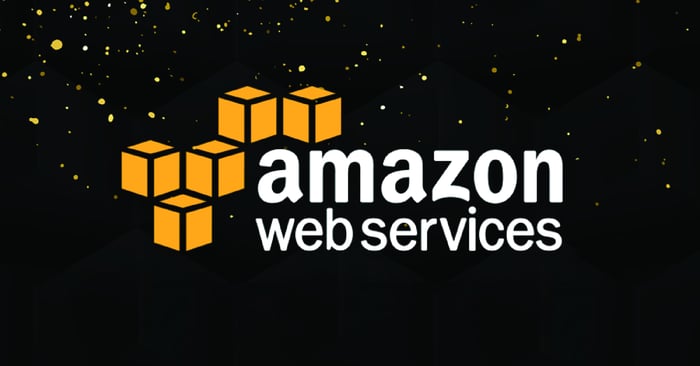 The AWS division is Amazon's fastest-growing segment, and also the most profitable. In the fourth quarter, AWS contributed 8% of the company's total sales but 74% of Amazon's operating income. This was done while showing 47% year-over-year sales growth, in the face of large cuts to AWS service prices in November.

Amazon CFO Brian Olsavsky noted that these price cuts are a fairly common event in the history of AWS. Rising sales volumes should largely make up for the lower service prices. Olsavsky even called the leap day adjustment out as a larger year-over-year growth factor than the AWS price adjustment.

AWS will almost certainly post impressive growth figures again, but feel free to hold Olsavsky to his word regarding the potential impact of those price cuts. Unadjusted operating margins in the AWS segment stopped at 31% in the fourth quarter and need to stay fairly close to that level in order to support Olsavsky's theory.