The gradual recovery in energy prices has allowed many of Cullen/Frost Bankers' (CFR 1.53%) customers to shore up their financial statements. In turn, the bank's revenue is on the rise and its provision for loan losses is declining. The combination is having a strong impact on the bank's profitability.

Coming into Wednesday morning's earnings report, market watchers believed that Cullen/Frost was poised to post double-digit growth on its bottom line yet again. Was the company able to live up to those high expectations? Let's take a closer look at how the Texas-based bank performed during the period. 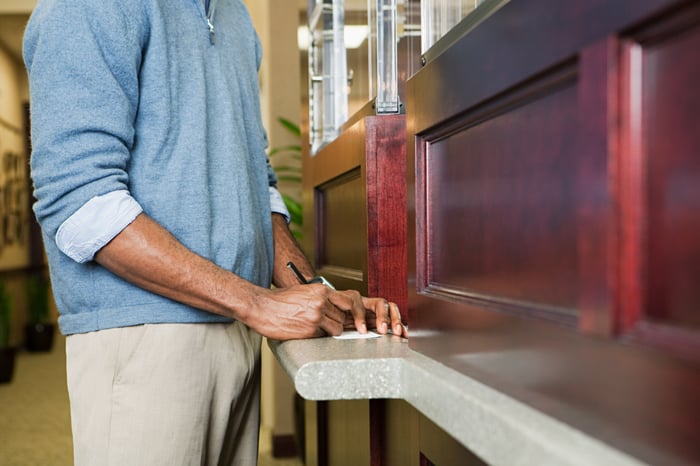 Cullen/Frost CEO Phil Green said: "We continue to build momentum from the last half of 2016, particularly in net interest income and loan growth." He later stated that the bank is "well-positioned" to grow as interest rates rise.

Green also pointed out that Cullen/Frost received 33 Greenwich Excellence awards in February, more than any other bank in the country.

Shareholders appeared to be quite happy with the company's quarterly performance and its budding prospects as shares rose by a few percent in the morning following the release. The jump pushed Frost Bankers' stock to within a few points of an all-time high, which hints that the markets are expecting the good times to continue. With interest rates poised to rise, and clear signs that the energy markets have stabilized, it is hard to blame the markets for feeling enthusiastic about this bank's potential.