The bank holding company reported a 4% increase in net income thanks to stable net interest margins and modest loan growth.

The simple community bank derives the bulk of its revenue and profits from taking deposits and making loans. That makes for few surprising or particularly exciting earnings reports, but there are a number of items and trends that shareholders should know about: 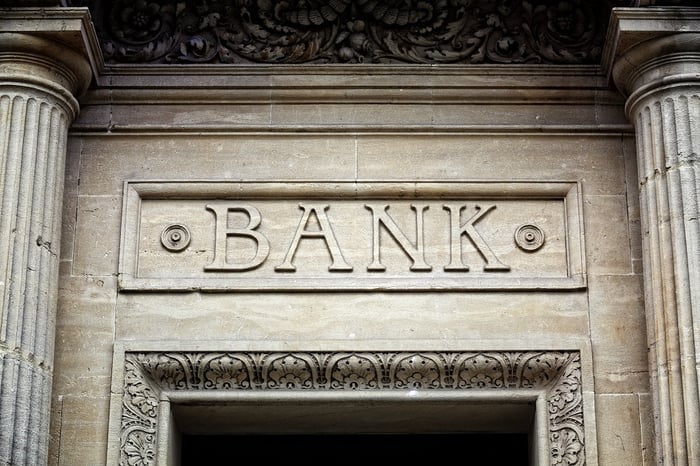 In the company's press release, Financial Institutions CFO Kevin B. Klotzbach said, "We generated solid loan and deposit growth, controlled expenses and maintained a stable net interest margin in the quarter. Our total loan portfolio increased 2.7% from year-end and 13.6% from March 31, 2016. This growth was funded primarily by deposits."

Financial Institution's primary earnings drivers are consumer car loans to prime borrowers and commercial real estate loans, which make up roughly 33% and 28% of its loan portfolio, respectively. Investors may want to pay more attention to performance in these two categories going forward.

Retailers are shuttering stores and declaring bankruptcy at an elevated pace. For now, at least, credit metrics in its commercial mortgage portfolio show no imminent danger of higher loan losses, and net charge-offs were actually negative in the first quarter, but it is something to keep an eye on.

Similarly, reports across the country reflect rising auto loan delinquencies and declining resale values. Financial Institutions' net charge-offs in consumer indirect loans rose to an annualized level of 0.93% of loans in the first quarter of 2017, up from 0.79% a year ago. While there isn't any reason to panic, investors should be cognizant of developments in commercial real estate and car loans, which make up a proportionally large share of the company's loan portfolio.

Having largely cemented itself as the leader in rural areas situated roughly halfway between Lake Ontario and the Pennsylvania-New York border, future growth will have to come by seizing share of markets further north, particularly more densely populated areas like Buffalo and Rochester. Over the last few years, the company has opened new Five Star Bank branches in both markets, and hired lending teams from competitors to build out its business.