The U.S. is expanding its investigation into potential violations of trade sanctions.

Shares of optical component companies have dropped today, including Oclaro (OCLR), Acacia (ACIA), Lumentum (LITE -0.67%), and Finisar (FNSR), whose shares were down 11%, 11%, 6%, and 3%, respectively, as of 3:30 p.m. EDT, after the U.S. broadened its investigation regarding compliance with sanctions programs.

The New York Times reported on Wednesday that the U.S. is expanding the scope of its investigation into China-based Huawei, which may have violated trade sanctions with Cuba, Iran, Sudan, and Syria. 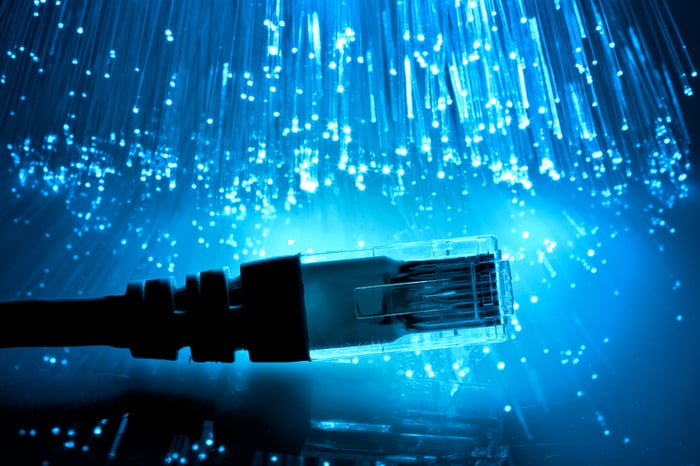 The Chinese company, which has historically specialized in networking gear but recently expanded into consumer electronics such as smartphones, hasn't been accused of any wrongdoing quite yet, but it has been heavily suspected of violating restrictions on trade. Peer ZTE pleaded guilty last month to violating sanctions and faces fines of $1.2 billion.

None of the mentioned stocks was explicitly named in the report, but they all have businesses that are operationally similar to Huawei and ZTE. Of course, operational similarities have little to do with ethical considerations. All four companies that are under pressure are based in the U.S. (three are based in Silicon Valley) and as such face stricter penalties should any of them violate U.S.-imposed trade sanctions.

In contrast, China has officially spoken out against new U.S. sanctions against Iran, which threaten to hurt the economic interests of a handful of Chinese companies and individuals. "We have consistently opposed any unilateral sanctions," Chinese Foreign Ministry spokesman Lu Kang said in February.

It's very likely that the market is fearfully overreacting.