The aluminum-wheel manufacturer came up short of expectations.

Superior reported first-quarter revenue of $174.2 million, down 6.4% year over year and about $1 million below the average analyst estimate. Wheel unit shipments declined by 10.6% year over year to 2.8 million, with the company blaming industry trends and the timing of launches. Value-added sales, which excluded pass-through charges related to the value of aluminum, fell 6.7% to $95.5 million. 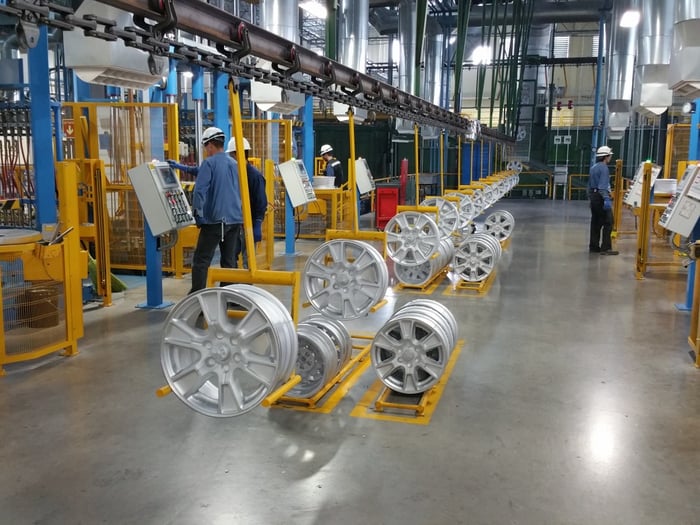 Adjusted earnings per share, which excludes $0.19 related to acquisition support costs, came in at $0.31. That compares to GAAP (generally accepted accounting principles) EPS of $0.56 during the prior-year period, and analyst expectations of $0.37. Gross margin was 11% for the quarter, down 3.9 percentage points year-over-year, with the decline driven by lower unit shipments and higher manufacturing expenses.

Superior announced the acquisition of UNIWHEELS in March, which requires 75% of all shares to be tendered. Professional support fees for the acquisition totaled $7 million during the quarter.

Superior expects total U.S. light-vehicle production to decline by 1.4% during 2017, but reiterated its previous guidance. Revenue is expected to come in between $730 million and $750 million for the year, up from $733 million in 2016.

Shares of Superior had bounced back after bottoming out in early April, but Wednesday's decline more than erases that rally. With investors concerned about a slowing auto market in the U.S., Superior stock is being punished for its lackluster results.