Autoliv's (ALV 9.24%) first-quarter results came in well above its guidance thanks to strong seatbelt sales growth in both Europe and North America. That puts the company on pace to meet its full-year expectations for both organic revenue growth and adjusted operating margin. That said, the company is starting to see some uncertainties in the market, which could affect results if current trends continue. 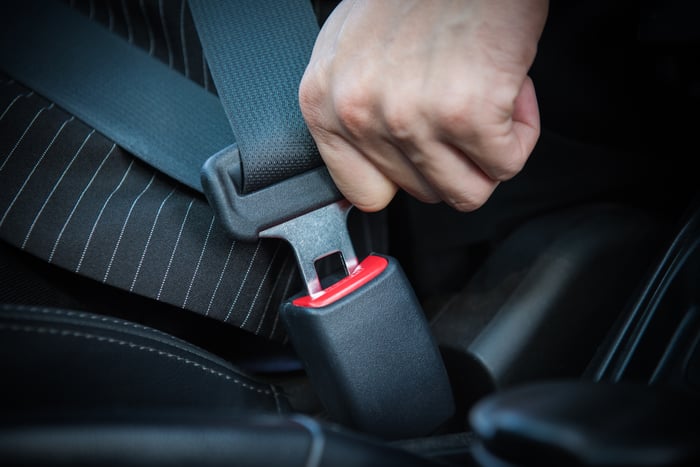 The first quarter developed slightly better than expected, with organic sales growth and adjusted operating margin both exceeding our expectations from the beginning of the quarter. In Passive Safety, I am pleased that our share of order intake continued at a high level, further strengthening our future market share and growth expectations. The passive safety industry situation is unchanged from last year and we continue to focus on flawless execution on our high order intake ... In Electronics, we won active safety orders with three OEMs in the quarter, taking the order total for the past twelve months to eight orders with five different OEMs.

As Carlson points out, the company benefited from stronger-than-anticipated orders, especially in its passive safety segment. He also noted in the release that Autoliv is working to bulk up the company's engineering efforts so it can execute on the high level of orders it's receiving. However, despite the strain as it staffs up, the company was able to deliver double-digit operating margins in passive safety during the quarter.

Carlson stated in the press release that while light vehicle production grew nearly 6% last quarter, the company "currently see[s] some uncertainties relating to light vehicle production growth, including high inventory levels and slower sales momentum, especially in North America and China." He said the company is monitoring the situation closely and will act if necessary. That said, as of right now, the company's full-year outlook remains unchanged, with expectations that organic sales will grow around 4% and adjusted operating margin will be about 8.5%.