I like Southern Co's outlook, but this giant utility is facing material headwinds in some key areas

Southern Co (SO -0.48%) is one of the largest utilities in the United States. It got even larger when it bought AGL Resources (since renamed Southern Company Gas) last year, expanding its footprint into natural gas. The outlook appears relatively bright, overall. But there are some notable headwinds that might cause investors to question whether or not Southern Co is a buy right now. Here are three points that suggest the bear case is worth a deep dive for investors who own or are looking at Southern.

1. In the news for the wrong reasons

If you've paid any attention to the news lately you've seen that Toshiba allowed its Westinghouse division to fall into bankruptcy. Westinghouse was helping Southern Co build its Vogtle nuclear power plant. This plant was already facing construction delays and cost overruns, and now this... It's likely that Westinghouse will continue to operate through the bankruptcy process, but that process can be unpredictable at times. 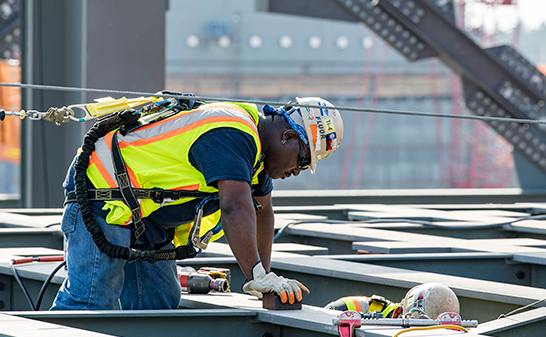 In other words there's really no telling what could go wrong from here on the construction front. That could include Southern being forced to find another company to finish what Westinghouse started. There are very few companies that do this type of work and it would be hard and expensive to change gears at this point. That could derail Vogtle and potentially be a hit to Southern's growth plans. At the very least the Westinghouse bankruptcy will be a major distraction for management until the bankruptcy process has run its course, which could take years.

As a regulated utility, Southern has to get approval for the rates it charges customers. One of the reasons to like Southern is that it has generally positive regulatory relationships. However, the cost overruns at Vogtle and at its Kemper clean-coal project could risk changing that. Essentially, Southern made promises that it hasn't been able to live up to and customers are going to be asked to eat part of the cost of that mistake. That's not the best story to take to regulators who have to answer to those customers. 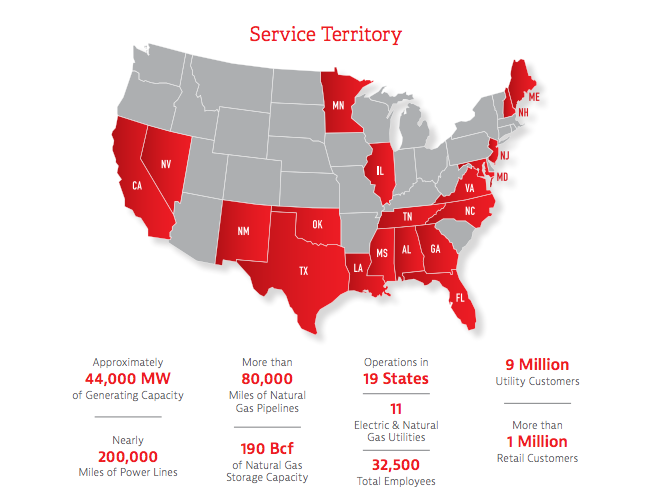 Add in the fallout from the Westinghouse bankruptcy, which could leave Southern holding the bag for cost overruns that Westinghouse was supposed to cover, and it could get bad, fast. By some estimates the cost overruns for this plant could hit $8 billion, up from around $1.3 billion today. Kemper's costs are running at more than twice their original $2.8 billion budget, too. These are big numbers. If relations with Southern's regulators sour because of these two projects, the company's top- and bottom-line growth could suffer.

Southern's main business is generating and selling electricity. In the 1960s and 1970s electricity demand was growing in the mid-to-high single digits. Today electricity growth is 1% or less. In fact, demand contracted during the 2007 to 2009 recession. The U.S. Energy Information Administration expects demand growth to pick up over the next twenty years or so, but not by much.

Southern operates in a region in which demand has held up well because of population growth. However, one of the big reasons behind the broader slowdown in demand is technology advances relating to efficiency. That's going to keep presenting headwinds for the foreseeable future and might even pick up. For example, the falling cost of alternative energy like rooftop solar and battery storage could easily lead Southern's customers to use less of the utility's electricity because they are generating their own. 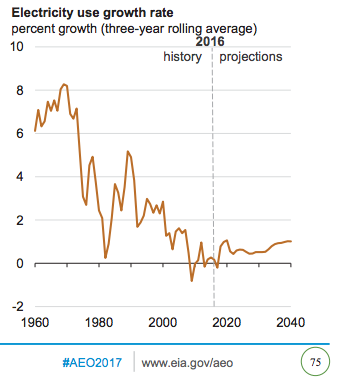 Slowing growth on the electric front is one of the reasons why Southern bought AGL Resources. This business, since renamed Southern Company Gas, is expected to see increased demand from multiple sources. The most notable growth in gas demand will come from industrial and utility customers, according to the U.S. Energy Information Administration.

So in some ways Southern has planned for a less favorable electric environment. But part of that story is underpinned by low natural gas prices. If gas prices head higher, that may not play out as well as expected. In other words, if you own Southern you need to pay close attention to demand across its business. If projected demand growth doesn't pan out for any reason, Southern's expectation of 5% annual earnings growth may prove aggressive.

Just some things to keep in mind

If you are looking at or own Southern, the Westinghouse bankruptcy is an important, and potentially costly, event to follow closely. It is front and center today because it's in the news, but it could spill over and tarnish Southern's regulatory relationships, too. That would make it a double whammy. You have to pay close attention to this issue.

Longer term, technology is changing quickly in the utility space. While Southern is making changes to adapt, there's a risk that it can't keep up with the changes or pushes into areas that don't pan out as expected (natural gas). This will be a slow moving issue, but one worth monitoring.

In the end, I don't think any of this will derail Southern over the long term because I expect the giant utility to adapt as needed. But that doesn't mean you shouldn't be thinking about these potential trouble spots because they could easily turn a bullish outlook into a bearish one.