The electric semi will be capable of long hauls. Here's all there is to know about the secretive project.

Tesla (TSLA 6.66%) first shared its plans to build a semi last summer, when CEO Elon Musk laid out the company's "Master Plan, Part Deux," which detailed the 10,000-foot view of the company's vision coming years. And Musk confirmed earlier this month that Tesla would unveil a "next-level" semi in September.

Tesla's vision for the Semi has mostly remained a secret. But Tesla finally shared a few tidbits about the vehicle on Friday, including a teaser image of its front.

What we know about the Tesla Semi

New information about Tesla's Semi is coming out of CEO Elon Musk's TED talk on Friday about the entrepreneur's current projects. After sharing some new details on the latest venture, The Boring Company (a company that will dig tunnels for transportation underground), Musk briefly discussed plans for Tesla Semi (via Electrek).

"The CEO also confirmed that the vehicle will be capable of long hauls," Electrek said, "which was previously uncertain due to its expected all-electric powertrain requiring an incredibly large battery pack in order to travel hundreds of miles with a payload."

Up until now, all that was known about Tesla Semi is that it would be unveiled in September, and that Tesla believed (via Musk's Master Pan, Part Deux) the semi would "deliver a substantial reduction in the cost of cargo transport, while increasing safety and making it really fun to operate."

Musk's reference to improved safety for the Tesla Semi is likely a nod to the company's Autopilot technology, which already enables Tesla vehicles to operate automatically (albeit with the requirement that drivers remain alert and ready to take over) on the highway, even with lane changes.

In addition to Tesla's driver-assist Autopilot technology for the highway, though, Tesla said last October it is now including sensors in all of its vehicles that will eventually enable them to drive autonomously -- even without a driver in the vehicle. Once the technology is active in these vehicles, Tesla said, "Full autonomy will enable a Tesla to be substantially safer than a human driver." While the large sizes of semis may make autonomous driving in urban streets difficult, Tesla is clearly interested in making driving as low-maintenance and as safe as possible -- two efforts that could significantly benefit semi-truck operators. 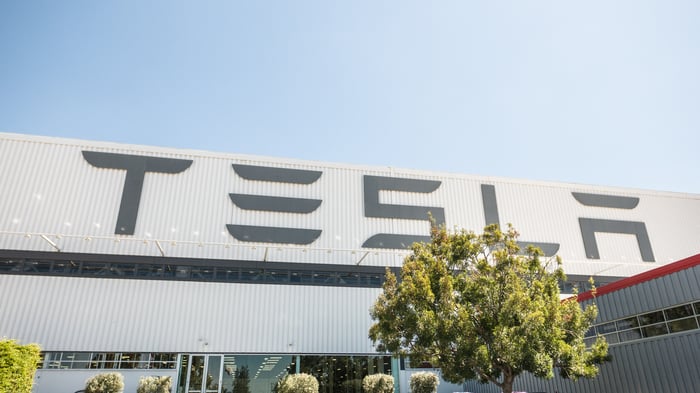 Time to consider the implications of a Tesla semi?

With Tesla sharing more details about its semi, and as the vehicle's unveiling approaches, investors may want to begin considering the affects a semi could have on Tesla's business.

Piper Jaffray analyst Alex Potter, who has a $368 price target on Tesla stock, recently downgraded several truck makers as he factored in the potential implications on the industry that a semi from Tesla may have. Further, Jaffray said truck makers "would be wise to stymie their laughter" about Tesla getting into the semi market. Jaffray also noted that the market for semis is large enough to represent a revenue opportunity in excess of $100 billion annually for Tesla.

While investors would be wise to begin giving a Tesla Semi some consideration in their analysis of the company's potential, investors should also keep in mind that Tesla is already priced for years of rapid growth.