For a company like Oil States International (NYSE:OIS), having operations both onshore and offshore is supposed to help diversify it enough that when one part of the business flounders, the other can pick up the slack. That hasn't been the case over the past several quarters, as every part of the oil and gas industry suffered, but it is starting to pay dividends now that Oil States International's onshore business is starting to pick back up again.

Here's a brief rundown of how the company's two businesses are running in opposite ways today, as well as how investors should take these results as a sign of things to come. 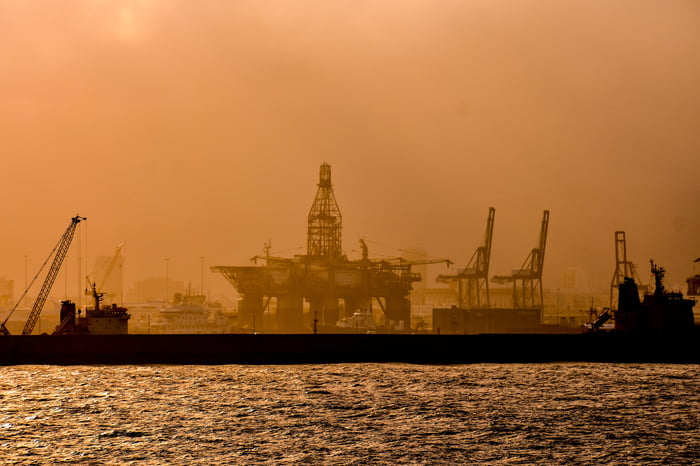 Oil States International is very much the story of two business segments headed in different directions. On the one side, we have its well site services business that does drilling and completion for onshore operations across North America. On the other hand, you have the company's offshore/manufactured products division that builds and markets several types of specialty equipment used for subsea production. It's not that hard to guess which division is growing and which one is still seeing sales decline.

Well site services' revenue grew 38% compared to the same time last year as the company put its equipment to work. In the same quarter last year, Oil States' equipment utilization rate was an abysmal 6%. This quarter, it improved to a rate of 25%. That uptick led to well site services posting a positive segment EBITDA result of $0.9 million. As more of that fleet gets put to work in the American shale patch, we should expect those numbers to improve in the coming quarters.

Manufactured products continues to see sales decline. This past quarter was a 27% drop compared to this time last year. This shouldn't come as a surprise, as many major oil and gas companies have completed several offshore projects over the past two years, but they have not sanctioned new ones. Most of the work lately has come out of backlog, which stands at $204 million (backlog peaked in 2014 at $600 million).

There were two positive notes from the manufactured products segment, though. One was that the sale of shorter-cycle products helped to offset the declines from backlog projects. Companies buying shorter-cycle products is typically a sign that things are starting to pick back up again. The other was Oil States reported its first increase in backlog this past quarter since the backlog peak in 2014. Granted, a book-to-bill ratio of 1:1 is much easier to achieve today than it was a year ago, but all rebounds have to start somewhere.

Overall, though, the most encouraging thing is that the company continues to churn out enough cash from operations to keep the lights on and pay down its short-term debt obligations. That has allowed it to keep a debt-free balance sheet and enough cash on hand to meet any short-term obligations. This also bodes well for investors when the market picks back up again because that means much of that cash will flow to the bottom line.

CEO Cindy Taylor commented on some of the challenges Oil States has faced recently and what management expects in the near future:

Oil States International is going to be in an interesting position over the next few quarters. While its well site services business will likely see large gains, they will still have to offset weakness in the offshore/manufactured product business. Hopefully, the former will grow enough to offset all of the latter and allow the company to post some overall gains.

Eventually, its offshore business will pick back up again. Several larger producers are starting to take advantage of lower service costs to do some exploration and development work, and some large discoveries recently will likely get the development green light soon. When that does happen, then Oil States should be firing on all cylinders.