Looking at the figures, Rent-A-Center's total revenue declined 11.2% year over year to $742 million, which was short of analysts' consensus forecast of $744 million. It was also the company's seventh straight quarter of sales misses, per Zacks' estimates. On the plus side, Rent-A-Center's first-quarter adjusted earnings reached $0.04 per share, which was much higher than consensus estimates of a $0.03 per share loss, according to Thomson Reuters. Comparable-store sales dropped 7.8% year over year, which reflected a 12.5% decline in its core U.S. segment, and a 6% decline in its Mexico unit. 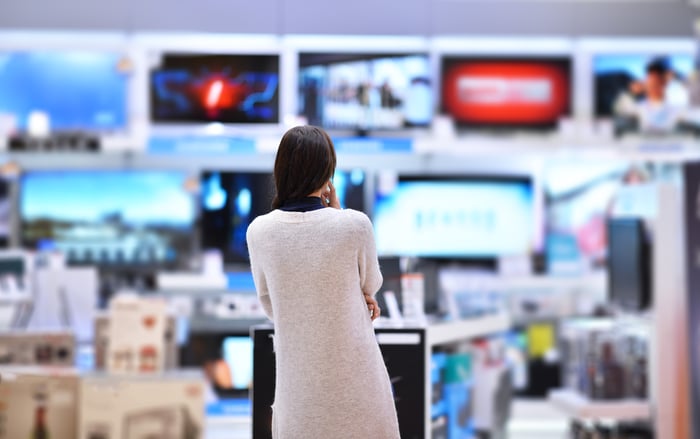 "During the first quarter, Rent-A-Center delivered solid progress on our near-term strategies to strengthen the Core U.S. business, as demonstrated by our sequential improvement in our key operating metrics and financial results," said Chairman and CEO Mark Speese in a press release.

Sure, RCII's results improved sequentially, but its metrics were still mostly lower compared to the prior year's Q1. However, that didn't squelch investors' optimism about the company's future. The sequential improvement at least speaks to the company's recent efforts to strengthen its core U.S. business and focus on increasing profitability and growth over the long-term. It has shed almost 60% of its value over the past three years, and there is an immense amount of work left to do before the company can start growing its top and bottom lines again, but this quarter at least gave investors hope the transition is possible.