The stock market was mixed on Tuesday, with major benchmarks flirting with new all-time record high closes for much of the day before losing ground toward the end. There wasn't much overarching news that had a major impact on the whole market, and investors appear to be searching for direction while anticipating further action on the geopolitical front, as well as on monetary policy from the Federal Reserve and other global central banks.

However, some companies suffered substantial declines, and Plug Power (NASDAQ:PLUG), AmTrust Financial Services (NASDAQ:AFSI), and Meet Group (NASDAQ:MEET) were among the worst performers on the day. Below, we'll look more closely at these stocks to tell you why they did so poorly.

Shares of Plug Power fell 8% in the wake of the company's first-quarter financial report. The fuel-cell specialist said that revenue fell slightly from the first quarter of 2016, and losses widened to $24.1 million, or $0.13 per share. The company is still optimistic about its new partnerships with Amazon.com and French grocery giant Carrefour, and it expects activity to ramp up significantly during the current quarter. However, Plug Power chose not to make any changes to its 2017 outlook, and some growth-hungry shareholders might have been disappointed that the company didn't make a more aggressive boost to its guidance. Nevertheless, Plug Power's assessment of its long-term prospects from its new business is extremely positive, even if the company will have to show skeptical investors the actual results before they'll be convinced. 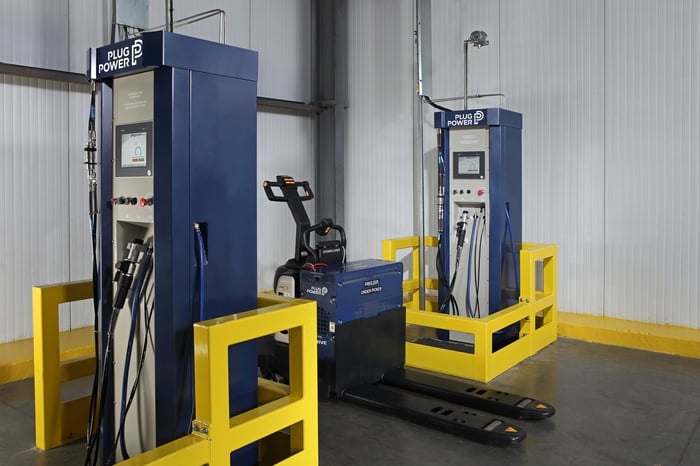 AmTrust Financial Services stock plunged 17%, adding to its recent losses after the company reported first-quarter results. The hard-hit insurance company saw solid growth in gross written premium and net earned premium, with decent results from service and fee income. Yet net income dropped by nearly three-quarters from year-earlier levels, and catastrophe losses were up considerably following an almost loss-free period in the first quarter of 2016. Given that AmTrust has received a lot of attention lately from investors doubting its financial statements, today's drop seems to reflect a lack of complete confidence that AmTrust is doing as well as the company claims. If that's the case, then it will take time for AmTrust to convince skeptics in its business model, and if further problems arise, it could be extremely tough for the company to recover from them.

Finally, shares of Meet Group dropped 18%. The mobile meeting specialist reported impressive revenue growth of more than 50%, with mobile revenue climbing at an even faster 60% pace and producing a one-fifth gain in adjusted net income compared to the year-ago quarter. Yet some investors weren't satisfied with those growth rates, given that much of the increase came from Meet Group's acquisition of location-based social networking specialist Skout. Internal metrics at Meet Group appear relatively favorable, including progress in providing live video streaming and in engaging its users. To reach its full potential, however, Meet Group faces the perennial challenge of effectively monetizing its growing customer base. If it can do so, then today's drop could prove short-lived.