CyberArk Software (NASDAQ:CYBR) reported first-quarter financial results on May 11. The Israeli cybersecurity company is seeing increased market adoption of its "privileged account" services, which guard against cyber-attacks that use insider privileges to infiltrate the most vital areas of an enterprise's IT infrastructure. 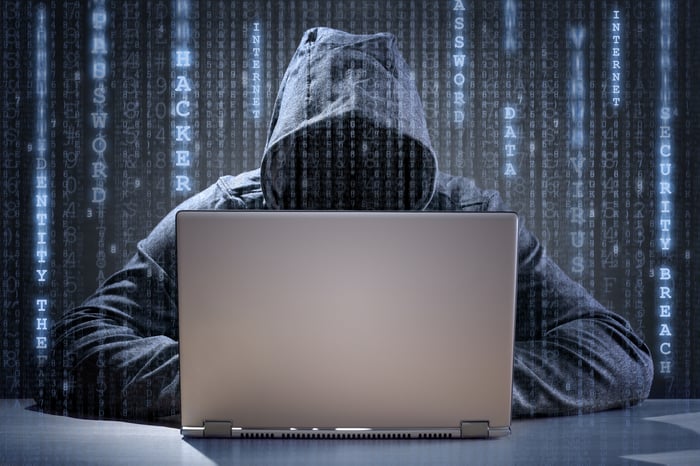 What happened with CyberArk Software this quarter?

Revenue leapt 26% year over year to $59 million, fueled by a 34% rise in maintenance and professional services revenue to $26 million and a 20% increase in license revenue to $33 million.

During a conference call with analysts, Chairman and CEO Udi Mokady highlighted the growing demand for CyberArk's services:

Market awareness continues to build, and privileged account security is often among the top priorities in enterprise security. Organizations increasingly recognize that the attack surface across on-premise, cloud, and hybrid environments as well as in DevOps processes is only expanding. Securing privileged accounts is essential to protecting the enterprise.

Adjusted operating expenses increased 26% to $38.3 million, largely because of the investments CyberArk is making in research and development and the expansion of its sales force. In turn, non-GAAP operating income -- which excludes share-based compensation, acquisition-related expenses, and certain other items -- rose 19% to $12.7 million.

CyberArk also announced that it acquired Conjur, a provider of DevOps security software, for $42 million in cash.

Commenting on the deal, Mokady said:

We are very excited about the acquisition of Conjur. Conjur has developed and successfully deployed a revolutionary solution to secure DevOps, which is only in its early innings of disrupting application development and enterprise IT. With the acquisition of Conjur, we have significantly expanded our offering with advanced security and management capabilities, allowing us to reach an even broader market base and solve these new security challenges.

CyberArk also updated its 2017 full-year outlook to account for additional expenses related to the Conjur deal, including:

"We have consistently outperformed expectations and delivered a balance of growth and profitability that is among the strongest of publicly traded security software companies," said CFO Joshua Siegel. "We plan to continue to make investments in innovation and to gain market share that we believe will deliver long-term value to our shareholders."