There's more drilling taking place in the Permian. Here's why Helmerich & Payne is ready for it.

The Permian Basin is the hot place to be today in the U.S. onshore drilling industry. That's good news for energy service providers across the board. But increased activity is especially good for Helmerich & Payne, Inc. (HP 1.97%). Here's why this drilling services company is set to profit from increased Permian drilling.

Big names are ramping up

How important is the Permian? Just ask ExxonMobil (XOM -0.85%). The global energy giant recently inked a deal to double its position in the region. And it's not the only big energy industry name there, with Chevron and Occidental Petroleum, among others, having large positions in the Permian, too. Which helps explain why the U.S. Energy Information Administration reports that Permian Basin production and reserves continue to increase, and even went up during the depths of the oil downturn that started in mid-2014, when other onshore U.S. regions saw production declines. 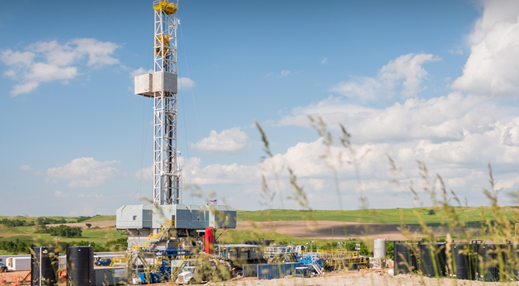 So the Permian Basin continues to heat up, and that's good news for energy services businesses in the area, including Helmerich & Payne, which has nearly 45% of its active drilling rigs in the region. But that's yesterday's news. Helmerich is ready to grow right along with demand in the Permian Basin. Here's why.

More of the best

One of the factors that differentiates Helmerich & Payne from its peers is a focus on having the most technologically advanced rigs. Today it has more AC rigs, which are more flexible and efficient than older rigs, than any of its major peers. In other words, it has the rigs that are going to be most in demand as investment in the Permian Basin grows. 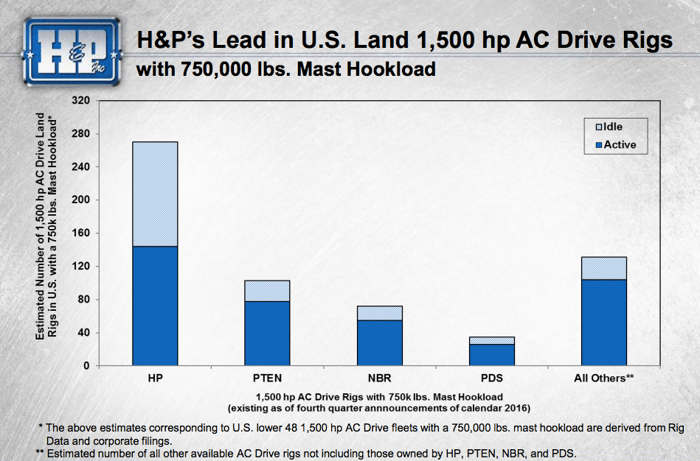 But that's just half the picture. The other side is the number of available rigs. And, on that front, Helmerich wins again, with more idle AC rigs than any other competitor. So, as demand heats up, it can simply shift its gear around without the need to build new rigs, or the delay that would cause its customers. If you want to get a drill to work fast, Helmerich has you covered.

Increased demand could have a major impact on earnings, too. The number of drilling rigs Helmerich & Payne has operating across the entire U.S. market has already increased more than 90% since the depths of the oil industry downturn. The math is pretty simple: The more rigs it has operating, the more revenue it brings in the door. In fact, the company reports that it is gaining new customers, which it expects to keep, partially because it can react quickly to increasing demand.

But it gets better. Because Helmerich & Payne is restarting idle rigs, its costs are on the high side right now. The number the company recently threw out was $15,500 per day. It's eating the start-up costs. Once rigs are back up and running, it believes costs will fall to approximately $13,000-per-day. That represents a 15% (or so) improvement that will help boost earnings after the ramp-up stage ends. So there's a benefit today from more rigs working and a benefit tomorrow as costs fall to historical levels.

This driller is ready

The Permian Basin is an exciting place today and, Helmerich & Payne is already one of the largest players in the region. It is uniquely positioned to benefit as demand increases because it has more of the most in-demand rigs ready to go back to work. And the benefit won't end there. because it's shouldering the costs of restarting idle rigs, which means profits will get as much as a 15% boost once its fleet is back running at full steam. If you're watching the Permian Basin, you should take the time to do a deep dive on Helmerich & Payne.