But how do you pick the right big-brand stocks to buy at any particular moment in time? We asked three of The Motley Fool's top contributors for their best ideas in this (admittedly broad) category right now. Read on to see why they picked Bed Bath & Beyond (NASDAQ:BBBY), Walt Disney (NYSE:DIS), and Molson Coors (NYSE:TAP). 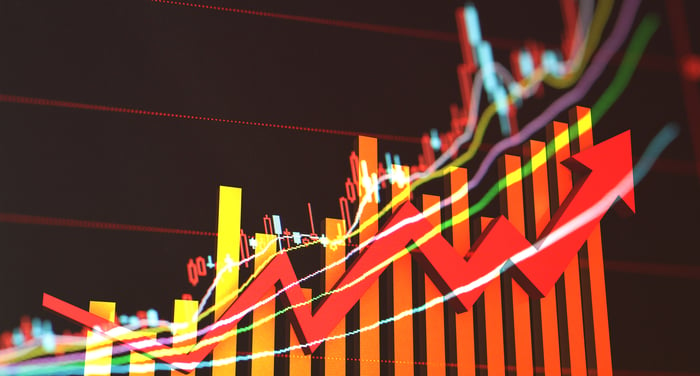 Steve Symington (Disney): Given that shares of Disney fell 2.2% on Wednesday, it's clear the market was unimpressed with the entertainment conglomerate's first-quarter 2016 report. But that's not to say Disney's results were bad.

Quarterly revenue climbed a modest 2.9% year over year to $13.34 billion, and adjusted net income per share climbed a solid 10.3%, to $1.50. Within that, top-line growth was primarily held back by declines in Disney's studio entertainment and consumer products/interactive media segments.

But that's more an issue of timing than anything else; though Disney  raked in a solid haul with the late-run ticket sales from Moana andRogue One: A Star Wars Story -- both of which debuted in Q4 -- and the first few weeks of the live-action remake of Beauty and the Beast that hit theaters in March, that film slate was up against a tough 2016 comparison. The first quarter of 2016 benefited from both an earlier March launch of Zootopia and the sustained momentum of the $2 billion-plus box office juggernaut that was Star Wars: The Force Awakens.

We should keep in mind, however, that the coming quarters will reflect contributions from Guardians of the Galaxy Vol. 2 -- which has collected more than $450 million at the box office in its first five days -- as well as Pirates of the Carribean: Dead Men Tell No Tales, which opens later this month; Pixar's Cars 3, coming next month, Thor: Ragnarok and Pixar's Coco, coming in November, and Star Wars: The Last Jedi, hitting theaters in December.

Meanwhile, Disney's parks and resorts unit had a stellar first quarter despite this year's calendar shift the Easter holiday out of Q1, with revenue climbing 9% year over year, to $4.3 billion, and operating income jumping 20% to $750 million. For this outperformance, Disney can thank both last year's June opening of Shanghai Disney Resort, as well as increased attendance and guest spending at its stateside parks.

To be fair, Disney also suffered a 3% decline in operating income from its cable networks -- despite segment revenue growth of 2.7% (to $4.06 billion) -- as continued subscriber declines and higher programming costs at ESPN more than offset higher income from both the Disney Channels and Freeform. This weakness renewed concerns over cord-cutting and Disney's ability to successfully navigate its cable business through today's changing media landscape.

But if one thing is clear, it's that Disney is well positioned to weather that change thanks to its various moving parts. And I think the stock should reward investors who decide to take advantage of this near-term pullback.

Molson Coors won't slow you down

Anders Bylund (Molson Coors): Beer-brewing giant Molson Coors shares are in the bargain bin these days. The stock price has fallen 5% year to date, in contrast to the 7% surge of the market-tracking S&P 500 index.

Some investors and analysts fear that Molson Coors and its sector peers face a growing competitive threat from legalized marijuana. In a recent earnings call, head of international operations Stewart Glendinning acknowledged that legal cannabis might divert spending away from the beer and liquor industries. At the same time, Glendinning noted that deployment and distribution of cannabis simply cannot measure up to the long-established infrastructure that's at the heart of Molson Coors' operations.

According to a recent study of retail sales data by analyst firm Cowen, both premium and standard beers have suffered low single-digit-percentage sales declines in markets where recreational cannabis use has been legalized. That's a challenge, but it's hardly the end of the world.

Meanwhile, Molson Coors can be bought for just 10 times trailing earnings. The company and its historical predecessors have survived world wars, Prohibition, and the rise of smartphones. Despite a plethora of alternative beverages and distractions, Molson Coors has found ways to stay relevant.

The cannabis challenge is no different. If you pick up Molson Coors on the cheap right now, you should be able to sit back and watch the brewer continue to flourish for decades to come.

A cheap retailer with a lot to prove

Tim Green (Bed Bath & Beyond): Retailer Bed Bath & Beyond has a well-known brand, if only due to the endless stream of 20%-off coupons that have for years found their way into our mailboxes. Those coupons, a strong tool for driving store traffic at a time when e-commerce is upending retail, have been both a blessing and a curse. Bed Bath & Beyond's sales have held up better than most; the company even managed to grow comparable sales by 0.4% during the fourth quarter. But margins have been declining for years. 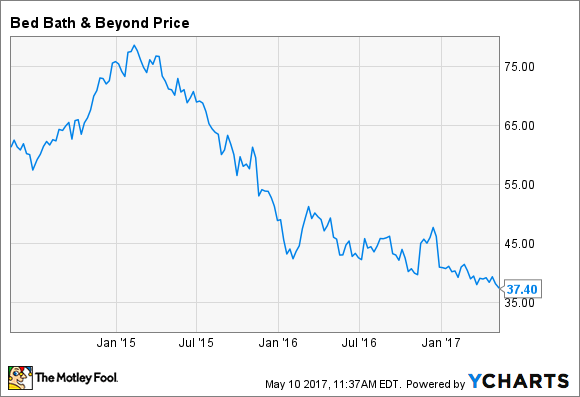 Slumping profits are the reason shares of Bed Bath & Beyond have tumbled since the start of 2015. The stock is down around 53% from its peak in that year, with investors increasingly questioning whether the company can successfully adapt to the age of e-commerce. Operating margin peaked in 2011 at 16.5%; it fell to just 9.3% in 2016, and there's no sign of this trend letting up.

Bed Bath & Beyond expects EPS to decline by as much as 10% in 2017, even after share buybacks. Clearly, investors need to tread carefully. But with the stock trading for less than 9 times the average analyst estimate for earnings this year, it could soar if the company manages to stabilize the bottom line. The company should also benefit from the folding of weaker retailers, although online competitors will continue to make life difficult.

Bed Bath & Beyond may never again achieve the kind of profitability it managed in 2011. But if the company can stop the bleeding and halt its multi-year profit decline, the stock could be in for quite the rebound.