HBM2 memory is believed to be more expensive to produce than traditional GDDR-type memory, but the idea is that HBM2 is said to offer power efficiency and physical footprint advantages over GDDR-type memories. 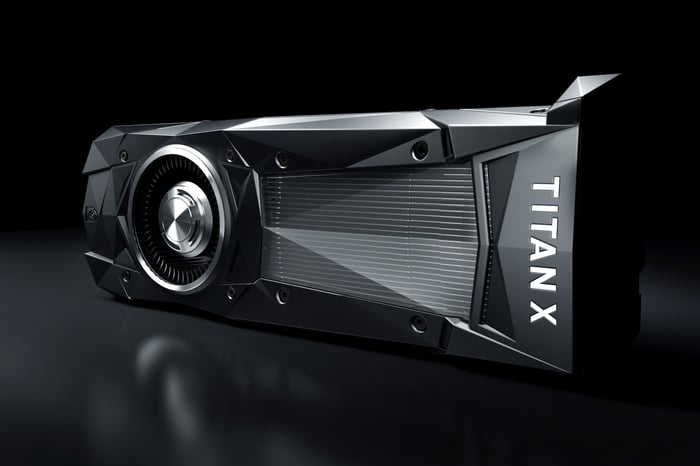 NVIDIA's first Volta-based product, known as GV100, will include a faster flavor of HBM2 memory than what's currently found on the GP100. However, I doubt that NVIDIA will utilize this technology in the gaming-oriented versions of Volta.

First, the use of HBM2 would likely drive product costs up. Even if NVIDIA restricted HBM2 use to the higher-end of its Volta-based product stack, use of the technology could possibly either lead to increased product prices for end users (reducing demand) or lower gross profit margins for NVIDIA.

For datacenter-targeted accelerators like the P100 or V100, product manufacturing cost isn't as important a consideration as it is for consumer-grade products because datacenter customers care about total cost of ownership, not necessarily upfront product acquisition costs.

So, if NVIDIA charges datacenter customers more for a potentially more space/power efficient product, then they'll probably gladly pay as the space/power efficiency improvements would probably lead to cheaper-to-own products over the long-run (even if initial acquisition costs are higher).

For gaming products, efficiency is obviously important, but upfront acquisition costs are also a significant consideration. Remember, gamers aren't buying these graphics cards to perform work that will allow them to generate a financial return on their initial investments -- they're buying these cards so that they can play video games with their personal cash.

Further, even if NVIDIA were to adopt HBM2 in high-end/enthusiast gaming products, it would probably need to limit the cards to 8GB of memory to keep product costs sane; NVIDIA's high-end GeForce GTX 1080 Ti currently packs 11GB of GDDR5X memory and I don't think the company would want to deliver a capacity regression to customers.

Obviously in addition to power efficiency considerations, the whole point of HBM2 is to give graphics processors access to a lot of memory bandwidth (that is, to allow the graphics processor to read from and write to memory as quickly as possible).

However, NVIDIA seems to be able to use GDDR-type memories to give its graphics processors access to a substantial amount of memory bandwidth. The company's latest Titan Xp graphics card, for example, uses fast GDDR5X and a wide memory interface to deliver 547.7GB/second of memory bandwidth.

That's less bandwidth than what the current Pascal P100 or upcoming Volta V100 have access to, but it's certainly the most memory bandwidth available to any gaming-oriented graphics processor today.

Furthermore, SK Hynix recently announced extremely fast GDDR6 memory that should, using a similarly wide memory interface as the one on the Titan Xp, deliver 768 GB/second of bandwidth. Again, that's less than the 900 GB/second of bandwidth that the Volta-based V100 has access to, but the difference isn't that huge.

In light of this discussion, I just can't see NVIDIA using HBM2 in its upcoming Volta-architecture gaming graphics processors when potentially cheaper GDDR-type memory should be able to do the trick.