Please ensure Javascript is enabled for purposes of website accessibility
Log In Help Join The Motley Fool
Free Article Join Over 1 Million Premium Members And Get More In-Depth Stock Guidance and Research
By Daniel B. Kline – May 24, 2017 at 9:17AM

Airbnb has created a digital marketplace that lets people rent out rooms, full homes, or even just a couch, and investors want to buy shares in the company.

Airbnb has disrupted the traditional hotel and lodging market.

That has left many people who use the service, or even just ones who have heard about it, wanting to buy stock in the company. If you are not familiar, Airbnb, Inc. is an online marketplace that enables people to find and list vacation rentals and other forms of temporary lodging. It's a successful, growing concept, that for now remains private, meaning you can't buy stock in it.

There have been many rumors that the company will go public in 2017, but so far no official plans have been laid out for an initial public offering (IPO), though CEO Brian Chesky made it clear to Fortune in March that one was at least being considered.

The CEO told writer Leigh Gallagher in 2015 that going public was a long process that it would begin in 2016. In the interview linked above he told the Fortune columnist "we're probably halfway through that project as far as being ready to go public."

That would place an IPO somewhere in 2017, though Chesky did not directly say that. Being ready to go public and actually doing so, of course, depends upon market conditions and weighing the benefits and drawbacks that being public brings. 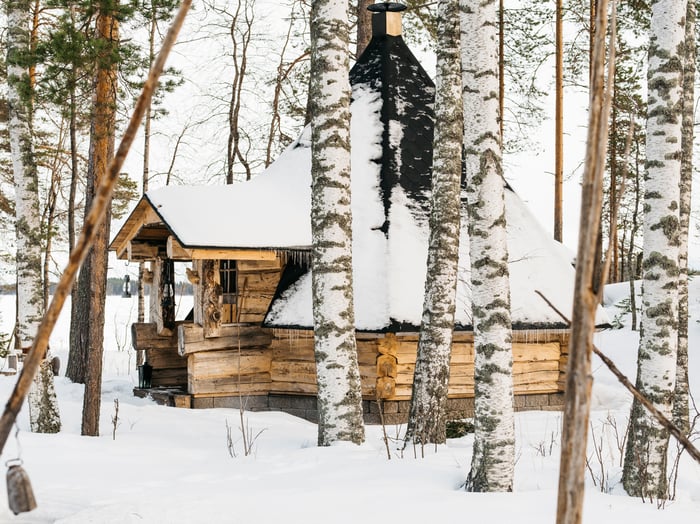 From a cabin in the woods to a downtown condo, Airbnb has all types of properties. Image source: Airbnb.

One of the reasons Airbnb is popular with would-be investors is that it's a technology company that markets places to stay, but it does not have to own property. The company allows people to list available places to stay. That could be a full home for vacation renters, a condo for business travelers, or even an extra room. Airbnb even allows people to list a spare bed, a couch, or some room on a floor for a sleeping bag.

Essentially the company has created a rival for hotels that also creates a way for people with extra space, vacation properties, or underused homes to monetize those spaces. For travelers Airbnb offers a way to find a place to stay that's more comfortable than a hotel or to have a social experience literally sharing someone's home.

There are some challenges

Airbnb challenges the traditional hotel model and as you might imagine the industry does not like that. There have been numerous cities that have fought the service arguing that it skirts taxes and laws used to govern hotels. In addition, in some cities, individual buildings have pushed back against the service citing homeowner's association (HOA) rules regarding how often properties can be rented out.

In many ways Airbnb's problems are not dissimilar to the issues facing other technology-based disruptors like Uber. Both services seek to infiltrate a market that was previously controlled mostly by bigger players, allowing pretty much anyone into it.

What's next for Airbnb?

An IPO certainly makes sense but the current political uncertainty in the United States may make it prudent for the company to wait. The company, which says it has served 150 million people in 65,000 cities throughout 191 countries, will continue to fight legal battles. It won't always win, but in most cases, even government can't shut down a service people clearly want which is well-demonstrated by Airbnb's more than 3 million listed properties.

It's hard to imagine that Airbnb won't IPO in 2017 or 2018 because the company has reached critical mass. It has become part of the culture, a known entity even to people who are not early adopters. In addition, the company has a very attractive business model where it develops the technology and keeps a percentage of each transaction.

That's a very low expense model once you have reached enough people that a big marketing budget is no longer needed. Airbnb has reached that point and an IPO allowing investors to buy shares in the company should come sooner rather than later.