The sharing economy is revolutionizing more than the transportation and lodging industries. While start-ups like Uber and Airbnb have become household names, the office space is fast getting a similar update.

Gone are the days when independent businessmen and freelancers had to rent their own office spaces. Millennials today are embracing co-working, or working in a shared office space with a random assortment of coworkers, many of whom work in media or are starting their own businesses.

WeWork is at the forefront of this new business. The co-working pioneer now commands a valuation of $18 billion,  and has 181 locations in 47 cities, in 16 countries around the world. 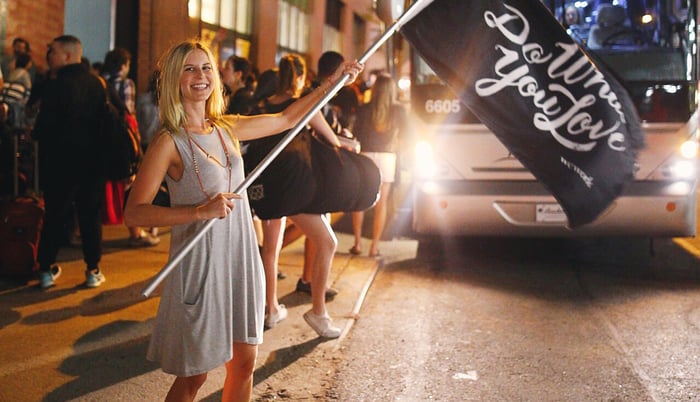 The business model is relatively straightforward. WeWork and its co-working ilk rent commercial offices and divide for individual use, providing the requisite furniture, Wi-Fi, printing stations, coffee and sometimes perks like snacks, beer, and events.

For a fee generally between $200 and $500 a month, coworkers have access to the space. Prices go up for a dedicated desk or a private office.

WeWork was founded in 2010 by Adam Neumann and Miguel McKelvey after the pair sold a similar concept they had tested in Brooklyn in 2008. The business has grown fast since then with the number of locations almost tripling in the last two years.  WeWork is also opening adjacent WeLive spaces where coworkers can rent microapartments as the company seeks to make itself an all-encompassing community-based lifestyle enterprise.

The privately held company does not report its financials, but CEO Adam Neumann said at a conference last summer that the company would hit a run rate of $1 billion in revenue this year.   Based on that metric, WeWork's current price-to-sales valuation of 18 seems reasonable for a start-up. By contrast, Facebook's P/S ratio is 14, and Snap Inc trades at a whopping P/S of 47, meaning WeWork's valuation should continue to balloon as revenue grows.

Neumann also said that if the company could reach 1 million members in the U.S. -- a goal he believes is within reach -- it would have $12 billion in annual revenue and $4 billion in EBITDA. The model itself is demonstrably profitable. WeWork takes a loss in the first few months after it signs a lease as it needs to build out the new space and generate a base of customers, but the locations themselves tend to be profitable within nine months of opening.

Unlike Uber or Airbnb, start-ups that have built massive customer bases because of network effect, WeWork's size doesn't give it any inherent advantage over the competition. There are plenty of one-off, independent co-working spaces in major cities around the country that are also attracting freelancers. With WeWork, there may be a premium reputation that goes along with the brand name as well as additional perks, but otherwise the service is essentially the same.

However, no significant competitor has yet emerged to WeWork, the way that Uber has had to fend off Lyft. But if WeWork becomes as profitable as Neumann claims it can be, that success is likely to attract competition, and landlords themselves may want to get in on the action.

In fact, two former WeWork executives are doing just that, by developing a business to assist landlords in creating their own co-working spaces.

If Neumann's $1 billion revenue projection for this year is accurate, then the company's current valuation is justified. WeWork continues to grow at a fast rate as it opens more spaces and has attracted backing from the likes of Goldman Sachs and Softbank.

Still, WeWork's competitive advantage seems tenuous. If co-working is as big of an opportunity as Neumann thinks it is, he's likely to attract competition from commercial landlords and other entrepreneurs. As an industry, co-working still seems to be in its infancy, which means that, even at a valuation of $18 billion, WeWork could eventually be much bigger than it is today -- if it can stay on top.