Please ensure Javascript is enabled for purposes of website accessibility
Log In Help Join The Motley Fool
Free Article Join Over 1 Million Premium Members And Get More In-Depth Stock Guidance and Research
By Asit Sharma – May 26, 2017 at 1:50PM

The small-business and tax software provider overcame a slow start to the 2017 tax season to finish the fiscal third quarter with progress on many fronts. 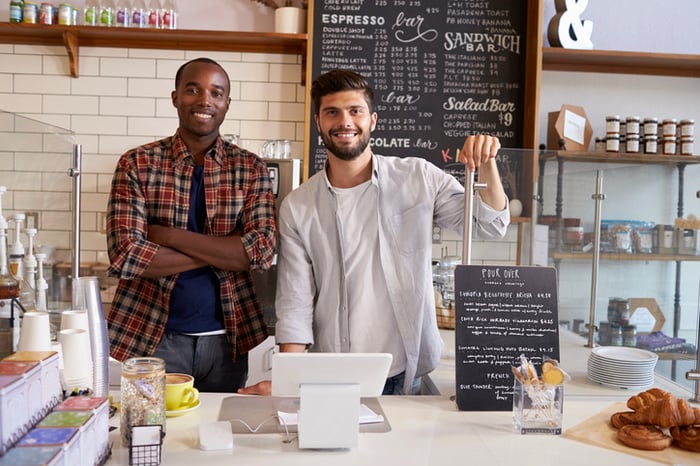 Our momentum in QBO subscriber growth is driving top line revenue with online ecosystem revenue growing 30% again this quarter, at the high end of our 25% to 30% target range. We expect online accounting to be the primary driver of online ecosystem revenue for the foreseeable future as we prioritize feeding the global market with QuickBooks Online.

Add-on services such as payroll and payments, the blade to the QBO razor, certainly remain important and they'll play an increasingly larger role in later chapters, but our strategic priority at this time is getting more QBO razors in the market. This playbook should sound familiar because it served us well for decades in the QuickBooks Desktop franchises.

More significantly, the organization raised full-year revenue guidance from a 7%-9% growth range to a new band of 9%-10%. In dollar terms, the 2017 top line is now expected to land between $5.13 billion to $5.15 billion.

Following the revenue tweaks, Intuit has tightened the bottom of its diluted earnings-per-share range, from $3.47 to $3.55. The top of the projected EPS range remains at $3.57. With the uncertainty of tax season now in the rearview mirror, the odds will favor management delivering earnings fairly close to these benchmarks next quarter.

Intuit CEO on What Small Businesses Need for Growth
356%