Please ensure Javascript is enabled for purposes of website accessibility
Log In Help Join The Motley Fool
Free Article Join Over 1 Million Premium Members And Get More In-Depth Stock Guidance and Research
By Timothy Green – Updated May 31, 2017 at 12:54PM

The company's results weren't quite as bad as expected, but news of major store closings and weak guidance was enough to send the stock lower.

Shares of fashion company Michael Kors (CPRI -0.24%) slumped on Wednesday following a disappointing fourth-quarter report. While Michael Kors beat analyst estimates for both revenue and earnings, guidance fell short of expectations. The stock was down about 10% at noon EDT.

Michael Kors reported fourth-quarter revenue of $1.06 billion, down 11.2% year over year but about $10 million higher than the average analyst estimate. Retail sales edged up 0.5%, driven by 159 net new store openings over the past year. These store openings counteracted a 14.1% decrease in comparable sales. The wholesale business fared even worse, posting a 22.3% drop in sales. 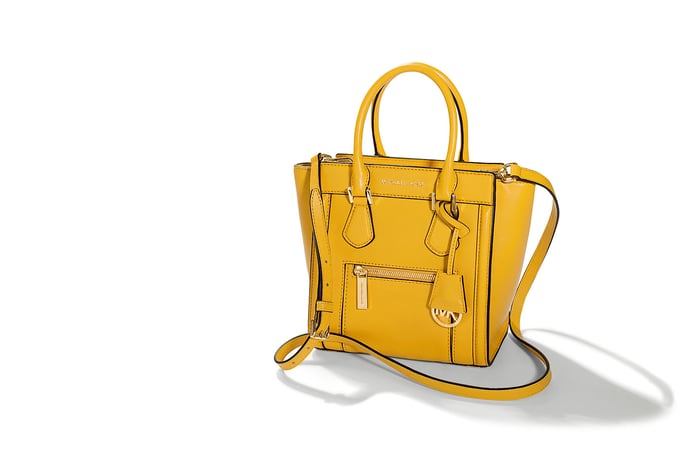 GAAP earnings came in at a loss of $0.17 per share, hurt by nearly $200 million of non-cash impairment charges related to underperforming full-price retail stores. On an adjusted basis, Michael Kors produced $0.73 of earnings per share, down from $1.02 in the prior-year period but $0.03 better than analyst forecasts.

After opening so many stores over the past year, Michael Kors now plans to close between 100 and 125 full-price stores over the next two years. The company believes it will realize one-time costs between $100 million and $125 million related to these closings, while saving $60 million per year on an ongoing basis.

Michael Kors expects to produce between $910 million and $930 million of revenue during the first quarter of fiscal 2018, along with a high-single-digit decrease in comparable sales. Analysts were predicting a revenue guidance of $944.2 million.

Earnings guidance wasn't any better. The company sees adjusted EPS between $0.60 and $0.64 for the first quarter, well below analyst expectations of $0.80. Michael Kors announced a new $1 billion share buyback program along with its results, but the lackluster guidance overwhelmed that news.

With revenue tumbling, profits in decline, and stores being closed en masse, it was an ugly quarter for Michael Kors. The stock is now down around 67% from its peak in early 2014, and it will take quite the turnaround to make up that lost ground.