The women's apparel retailer sunk on a disappointing earnings report and industry weakness.

Shares of Chico's FAS, Inc. (CHS -0.53%) were getting shredded last month -- the women's clothing retailer shares fell along with much of the apparel retail industry as it reported weak first-quarter earnings. According to data from S&P Global Market Intelligence, the stock dropped 32% last month. 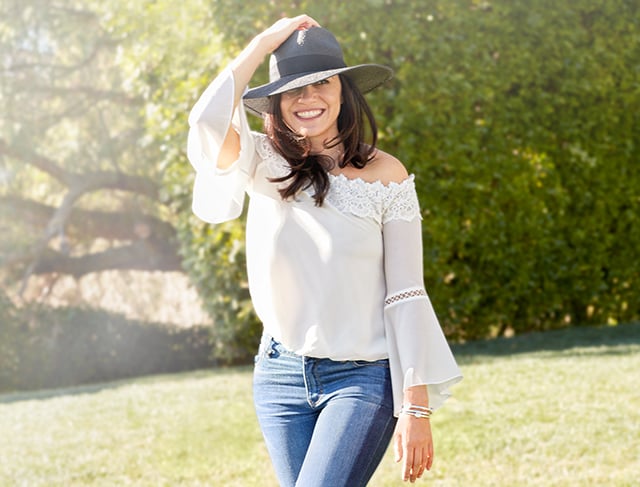 As the chart below shows, the stock began declining steadily as other retailers began reporting earnings, and then plunged on its own earnings report toward the end of the month. 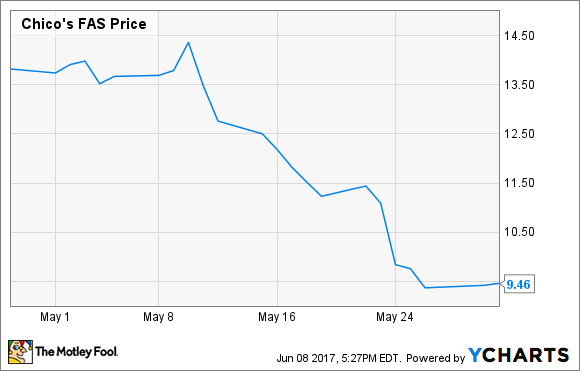 Like many other apparel retailers, Chico's FAS stock began falling when Macy's reported a disappointing first-quarter earnings report on May 11, giving the impression that traffic continued to fall throughout the industry last quarter. Mall-based retailers have faced pressure from e-commerce outlets and fast-fashion competitors, leading to thousands of store closures.

Later in the month, the stock fell 11% on May 24 when Chico's earnings report came out. As investors had feared, it was an ugly quarter. Comparable sales fell 8.7% and overall revenue dropped 9.2% as the company missed estimates on both ends of the income statement.

CEO Shelley Broader was optimistic nonetheless, saying the company was executing its strategic plan to increase profitable sales. Broader did effectively manage the sales decline in the quarter, as the company cut costs and actually saw earnings per share increase by a penny.

For the full year, management said it expected comparable sales to decline by the mid-single digits, but for gross margin to improve slightly.  Management did not give earnings guidance, but in the wake of the earnings report, the analyst consensus for full-year EPS fell from $0.93 to $0.79.

While Broader and her team deserve credit for being able to generate gross margin increase even with a comparable sales decline, the headwinds in the industry will likely prevent the stock from making an easy recovery.

Here's Why I Just Bought This Super-Cheap Turnaround Stock