Restaurant Brands International (RBI) (NYSE:QSR) is a holding company that owns restaurant chains Burger King, Tim Hortons, and the recently acquired Popeyes Louisiana Kitchen. Before the inclusion of Popeyes, RBI's systemwide sales across franchise and company-owned restaurants were $24 billion coming into 2017. The stock is up about 70% since January 2016, as its largest shareholder, 3G Capital, which owns 42% of the voting power of RBI's shares, has worked its operational magic to create a leaner, meaner growth machine as it tries to conquer the global quick-service restaurant industry.

It's nice to have 3G Capital on your side

Brazilian investment firm 3G Capital is known for acquiring controlling stakes in companies, and then instilling its profit-building operating methods, involving aggressive cost-cutting, operational discipline, and new marketing strategies to allow the acquired company to maximize its long-term growth potential for shareholders. 3G did this with Anheuser-Busch InBev NV, again with The Kraft Heinz Company in partnership with Warren Buffett's Berkshire Hathaway, and now 3G is applying the same approach to the quick-service restaurant industry. 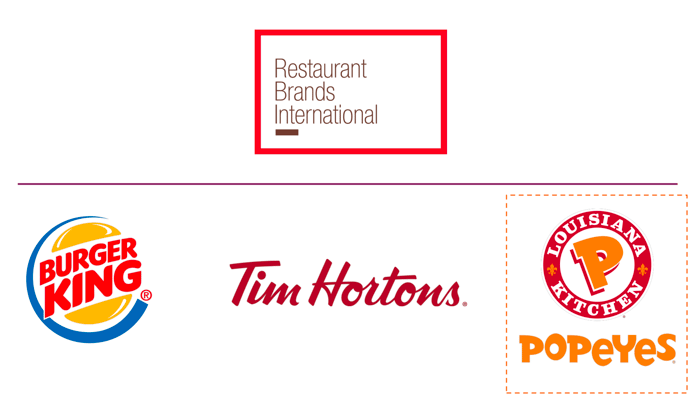 Restaurant Brands looks strong out of the gate

Restaurant Brands is off to a good start in its first few years since the combination of Burger King and Tim Hortons was formed. In 2016, Tim Hortons and Burger King reported same-store sales growth of more than 2% each, which helped drive systemwide sales growth of 5.2% and 7.8% respectively. As a result of better cost management, RBI's adjusted earnings per share (EPS) grew 45% to reach $1.58. Analysts expect continued strong growth in EPS based on early estimates of $1.84 for 2017 and $2.50 in 2018. 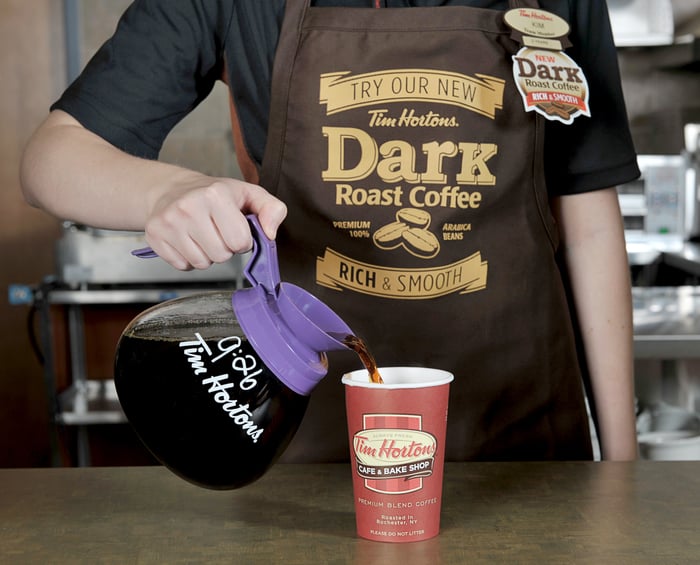 Management is focused on long-term results

In the last quarter, there was a deceleration in same-store sales year over year. Tim Hortons same-store sales growth fell from 5.6% to 2.5%, and Burger King's numbers were similar, dropping from 5.4% to 2.3%. The folks at 3G Capital don't worry about quarter-to-quarter trends but are focused on the long-term performance of the business. On the first-quarter conference call, RBI CEO Daniel Schwartz said: "Our focus, it hasn't changed, our focus on driving that incredible guest expense, driving our same-store sales, driving further profit growth for our owners...we are really confident in our ability to do this and to drive further growth from an already strong starting point."

Schwarz went on to add they have some new things planned with Tim Hortons, such as new espresso-based beverages, which will roll out across several markets. The company is also getting ready to roll out a new mobile app that will make it easier for customers to experience the Tim Hortons brand. Both innovations should help same-store sales growth pick back up in the near future.

RBI's long-term aspirations are to expand Burger King and Tim Hortons to growth markets around the world and develop its restaurants into truly global brands. The company still has a long way to go to realize its international potential, as management reported that its market opportunity is several times the company's current size.

Opening restaurants in new international markets requires the right partnerships, as well as the right logistics to provide a healthy supply chain. Over the last year, RBI signed 3 partnerships to grow Tim Hortons in the Philippines, Great Britain, and Mexico. Burger King also signed new development agreements in Belgium and at home, in the U.S. These are important developments that point to more growth coming down the line.

Earlier this year, RBI completed the acquisition of Popeyes Louisiana Kitchen for $1.8 billion. As Popeye's joins RBI, expect management to apply its cost discipline and global growth strategy to make Popeye's bigger and more profitable over time. Also, given 3G Capital's global ambitions, you can bet this won't be the last acquisition RBI makes.

The quick service restaurant industry has a long record of delivering growth for shareholders. It is also the largest segment of the restaurant industry, with total spending of $282 billion in the U.S. for the 12-month period ending November 2016. With a disciplined partner like 3G Capital sitting behind the wheel, there may not be a better ride for investors looking to own a good restaurant stock than RBI.