On a basically flat day for stocks, shares of O'Reilly Automotive plummeted and Teradyne rose. 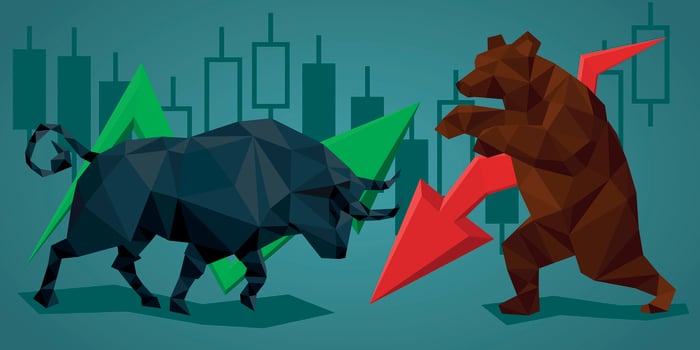 O'Reilly has a breakdown

Shares of O'Reilly Automotive plunged 19% today after the company announced second-quarter comparable-store sales that were significantly below guidance given in April. Comps were up 1.7% in the quarter compared with the guidance of 3% to 5%. Stocks of other auto parts suppliers fell on the news, too.

"Our second quarter comparable store sales results of 1.7% represent an improvement over our first quarter, but fell below our guidance of 3% to 5%, due to what we believe were continued headwinds from a second consecutive mild winter and overall weak consumer demand," said CEO Greg Henslee in the press release. "The comparable store sales shortfall will also have a consequent impact on our operating profitability, which we will report in our full second quarter earnings release on July 26th."

Whereas there are plenty of retailers that would love to have positive comparable-store sales in today's environment, and the figure was an improvement over the disappointing 0.8% growth in the previous quarter, O'Reilly shares have enjoyed a premium valuation on higher expectations, which partially evaporated on today's news. Last quarter, management blamed weather and late tax refunds for poor results, and this quarter's announcement made clear that there are longer-term issues in play. The company didn't update its full-year guidance of 3% to 5% comps growth, but that range is almost certain to be revised downward later this month.

Teradyne, a maker of automation equipment for test and industrial applications, got a 4% boost today after analyst firm Stifel upgraded the company's stock from hold to buy and raised its target price from $32 to $39.

Stifel is impressed by the success the company is having with its industrial robot business. Two years ago, Teradyne expanded from its traditional business of semiconductor test equipment to buy Universal Robot, the Danish pioneer and market-leading producer of "collaborative robots." Cobots, as the company calls them, are low-cost, easy-to-program robots that can safely work side by side with humans in a production environment to "automate almost anything," according to Teradyne.

Although the robot business comprises only about 10% of Teradyne's revenue, it's growing rapidly. Last quarter, sales in the segment were up 117% and management predicted a full-year growth rate of over 50%. In an environment where semiconductor stocks are doing particularly well as it is, observers are evidently beginning to notice that Teradyne is developing a new growth driver in an adjacent market; shares have gained more than 20% in 2017.