Shares of the Mediterranean-inspired restaurant chain continued to plunge in the wake of its disappointing quarter.

Shares of Zoe's Kitchen Inc. (ZOES) declined 14.4% in the month of June, according to data provided by S&P Global Market Intelligence, as analysts on Wall Street downgraded the stock on the heels of its first-quarter report in late May.

Recall Zoe's Kitchen plunged more than 20% in May immediately following that report, in which the fast-casual restaurant chain revealed that revenue rose 12.6% year over year to $90.6 million. But Zoe's growth was driven entirely by new locations; its top line included a 3.3% decline in comparable-restaurant sales, breaking a streak of 28 straight quarters with positive comps. To be fair, management noted that the results were "largely in line" with expectations. But executives reduced the company's full-year outlook, as its difficult traffic trends had unexpectedly continued into the second quarter. 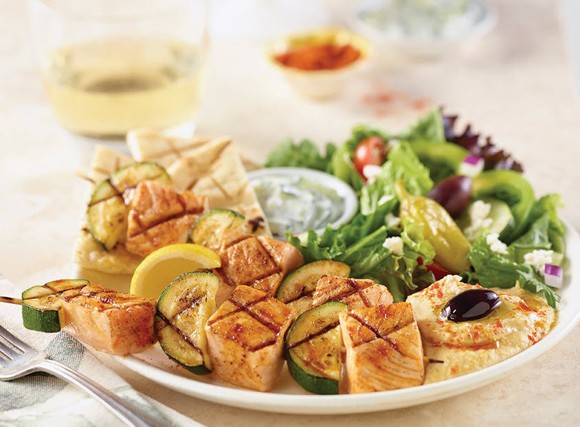 As a result, Wall Street firms began ratcheting down their own assumptions for Zoe's Kitchen following the announcement. On May 30, for example, Jefferies Group reduced its price target on Zoe's shares to $16 from $24, while reiterating its hold rating on the stock. And on June 2, ValuEngine reduced its rating on Zoe's stock from hold to sell.

That's not to say investors should pay close attention to the opinions of individual analysts on Wall Street, especially with shares already having fallen so hard after Zoe's report and down nearly 50% so far in 2017. But breaking its yearslong streak of positive comparable-store sales did the company no favors, and it is clear that Zoe's Kitchen has plenty of work to do if it wants to reignite sales and traffic growth in the competitive restaurant space. So while Zoe's continues to insist it has great confidence in the health of its brand and the promise of its long-term growth story, it was no surprise to see investors bidding shares down again last month.