Apple (NASDAQ:AAPL) just inked a date for its third-quarter earnings release. For investors interested in an update on the iPhone maker, mark your calendar for Aug. 1, when we'll get a look at its quarterly results after market close.

With shares down about 7% in the past month, some investors may be looking to the quarter to see if Apple can reinvigorate bullish sentiment about its future as iPhone sales growth stalls.

Here's an early preview of what to expect from Apple. 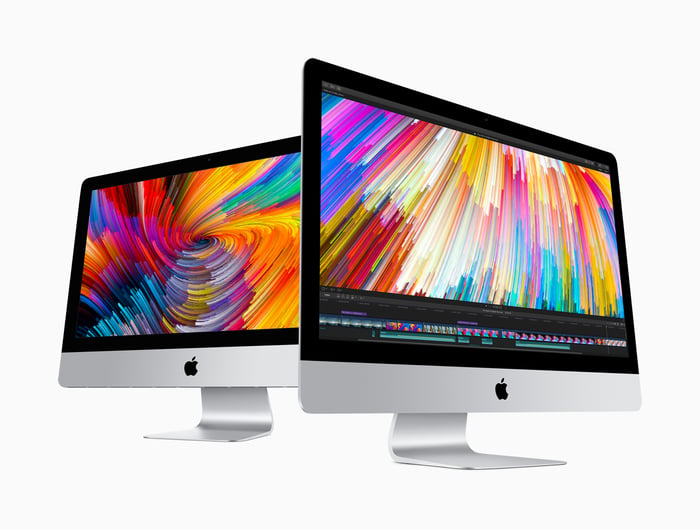 In Apple's most recent quarter, the tech giant served up some nice growth for investors. Revenue was up 4.5% year over year and earnings per share increased 10.5% during the same period. Given the recent string of quarters of stalling growth in 2016, investors may not be confident growth levels seen in Q2 can continue. 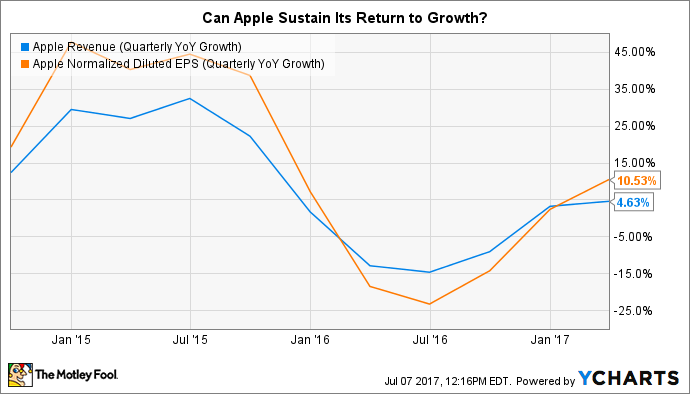 But when Apple reported its second-quarter earnings, management was still betting on more growth. For its third quarter, management said it expected revenue between $43.5 billion and $45.5 billion. This guidance range implies year-over-year growth between 2.6% and 7.3%. The midpoint of this guidance range would imply year-over-year revenue growth of about 5% -- above Apple's 4.5% revenue growth in its second quarter.

Clearly, Apple believes its return to growth won't be moderating yet.

Based on Apple's recent product-segment trends, as well as the company's latest product launches, any growth Apple achieves in its third quarter is unlikely to be heavily influenced by iPhone sales -- if at all. In Apple's second quarter, iPhone revenue was up just 1% year over year. And iPhone unit sales were down 1% during this same period. Meanwhile, three other product segments posted double-digit growth: services, Mac, and other products. These three segments achieved second-quarter revenue growth of 18%, 14%, and 31%, respectively. And two of these segments -- services and Mac -- look poised to deliver more growth in Q3 (Apple's "other products" segment, which accounted for about 5% of Apple's second-quarter revenue, is difficult to predict).

Apple's services segment should continue to benefit from the company's fast-growing App Store revenue. In a recent update on its App Store, Apple revealed that both App Store downloads and revenue are soaring. With trailing-12-month App Store downloads up 70% year over year as of June 1, app revenue doesn't look like a catalyst ready to slow down yet.

And the Mac business is looking hot as well. Not only was Apple still benefiting from its October 2016-released redesigned MacBook Pro in its most recent quarter, but the company launched an array of new Mac products with about three weeks left in Q3. Apple made its updated iMac, MacBook, MacBook Pro, and MacBook Air available online and in stores in early June.

Together, Apple's services and Mac segments accounted for a notable 24% of Apple's revenue in Q2. If these segments can grow in at the robust rates in Q3 that they did in Q2, Apple should be able to easily achieve its guidance for overall revenue growth of about 5%. Add in the possibility of Apple's recent iPad lineup refresh serving as a growth driver during the quarter, and there's definitely good reason for investors to expect Apple's return to growth to persist.